Many people don’t realize that Japan is arguably the world’s food capital. Tokyo has more Michelin-starred restaurants than any other city, and the famous Tsukiji Fish Market handles much of the highest-quality seafood to be found anywhere.

As a food lover myself, I could not have been more excited to visit. Japanese food traditions are founded on the idea of umami– the 5th taste that enhances all the other tastes (sweet, sour, salty and bitter). Umami is that savory quality that makes you want to take just one more bite; it’s possibly the best indicator of a successful dish.

Anthony Bourdain himself said of Japan, “This is a great country. Every chef I know wants to die here.”

Well, there it is.

Still, to the surprise of many Americans, Japanese cuisine is not composed of Dragon Rolls, sake bombs and beef teriyaki. In fact, it would not be easy to find any of those things on a Japanese menu, much less to explain it to Japanese chefs.

So if you’re traveling to Japan it’s important to know what you’re really looking for. Sure, they’ve mastered the plastic imitations that are displayed at the front of some shops, and some menus even have photos on them. But, just because you can see a picture doesn’t mean it’s what you should be eating.

Instead, here is my food “bucket list” for your visit. 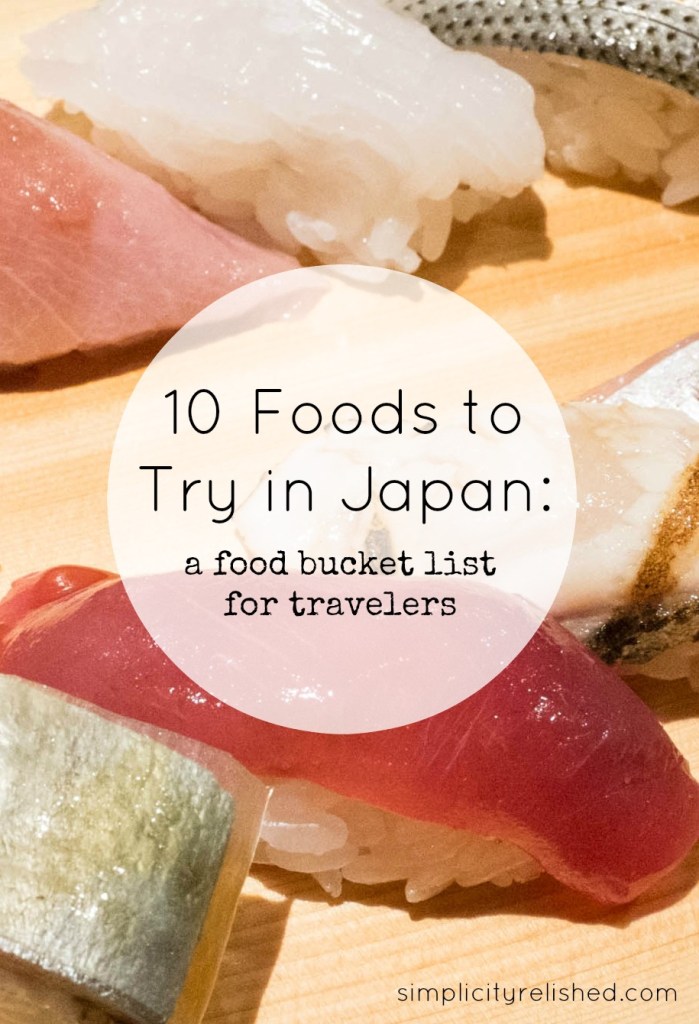 What To Eat in Japan: A Food Bucket List

Not much explanation needed here, except that those cherries were exquisite. The Japanese take their produce very seriously. The man who sold me these has been cultivating and perfecting cherries for over 50 years.

Japan does less importing than most other countries, so everything is local (and not very cheap). But, what better way to experience a country than to eat its fruit, right? Kaiseki is only now becoming popular in the US thanks to the Netflix series “Chef’s Table,” featuring Niki Nakayama. Kaiseki is a type of haute cuisine expressed in a multicourse dinner. All kaiseki menus follow a specific structure, and their emphasis is on produce and game that is in season.

Niki herself says this: “When you eat that meal, you automatically know, ‘This is spring. This is summer. Autumn. Winter.'” (source)

Traditional Japanese inns, also known as ryokan, serve kaiseki to their guests as part of the experience. If you’re looking for kaiseki, staying at a ryokan is probably the best way to find it. 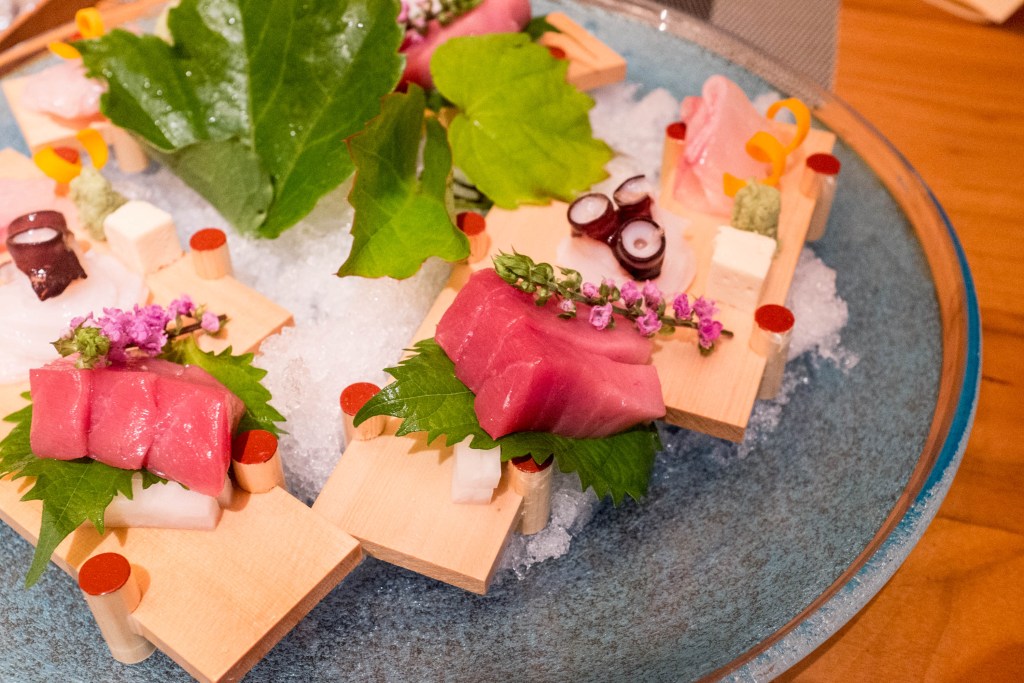 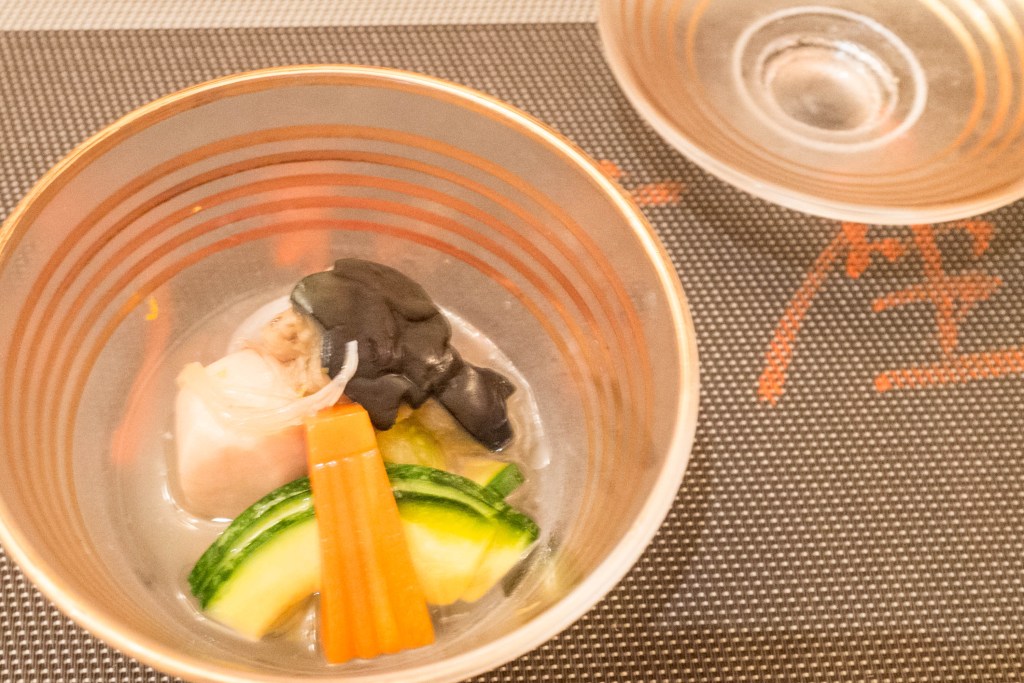 If you’re in Kyoto, obanzai is not to be missed. I’m not sure what exactly characterizes it, but there are dishes at obanzai restaurants that you won’t see anywhere else.

The flavors of obanzai are a bit heavier than Kaiseki, but still clean. Everything is cooked to bring out the original flavor of the produce or meat– to highlight its natural deliciousness. 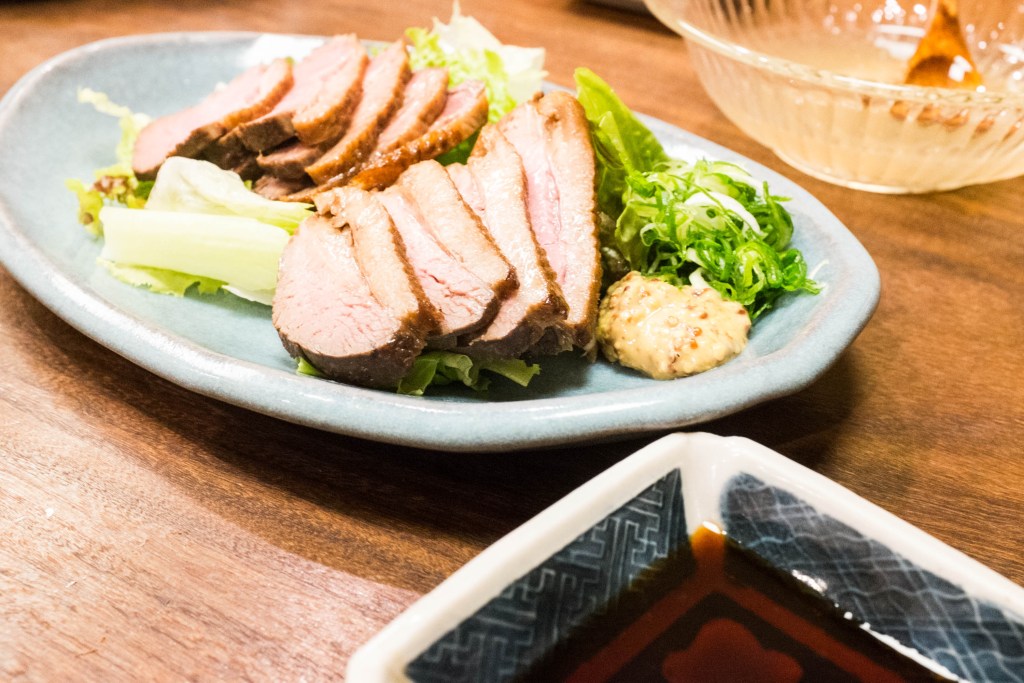 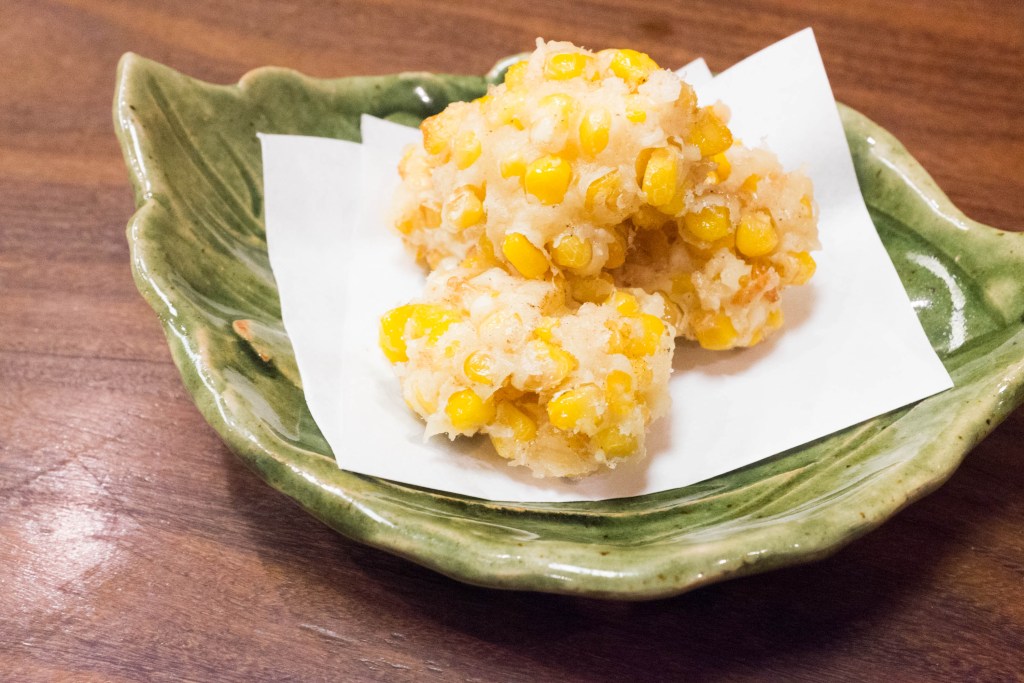 In the US, sushi seems to have become its own cuisine. In Japan, sushi chefs train for years to master the craft. Anyone who has seen Jiro Dreams of Sushi knows the dedication required for success and respect in the field.

We tried making sushi and ended up on Tokyo television (read about that here). I can say from experience that there is nothing easy about doing this quickly or correctly. But, since we were foreigners, everyone had a good laugh. For professionals in Japan, sushi is no laughing matter.

Most sushi chefs do not expect guests to order specific sushi. Instead, they are prepared to serve you the best that has come from the market that day, and you willingly oblige. Japanese ramen is famous for the rich broth, melt-in-your-mouth pork belly chashu, and dense, fresh noodles. Those flats of instant “ramen” we purchase at Costco pale in comparison, it’s almost not worth mentioning.

Ramen is a serious business in Japan and especially in Tokyo, despite its casual roots. Chefs take pride in cooking up the best combination of soup, noodles and toppings, all to be slurped up and enjoyed within minutes. No time for chitchat! 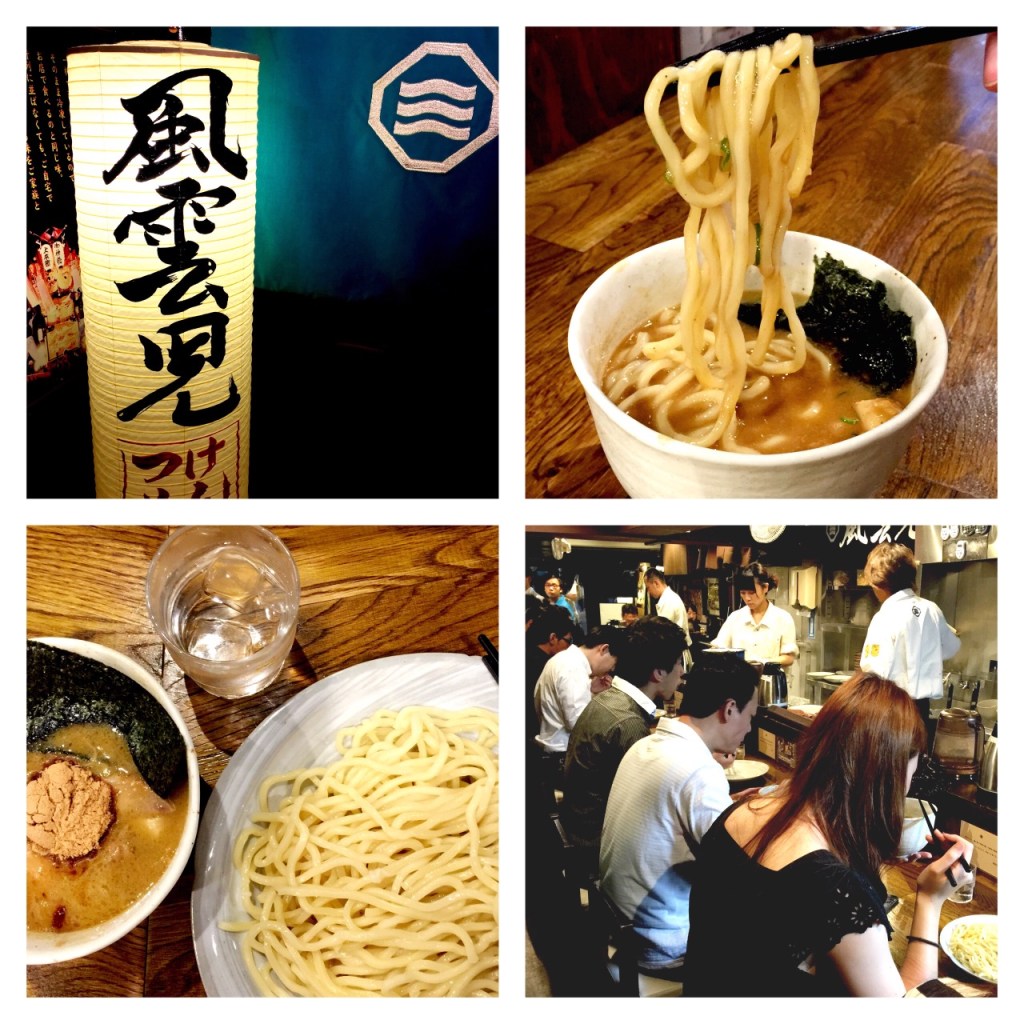 Tonkatsu is fried pork cutlet, and tempura is a Japanese method of frying almost anything. They’re not the same, but my point is this: fried food in Japan is not the same as fried food in the US. In Japan, the frying process is intended to enhance the natural flavors of the food, rather than to mask them. Shrimp, fish and vegetables are the impeccably fresh, and take on a sweet tenderness. Mmmm… 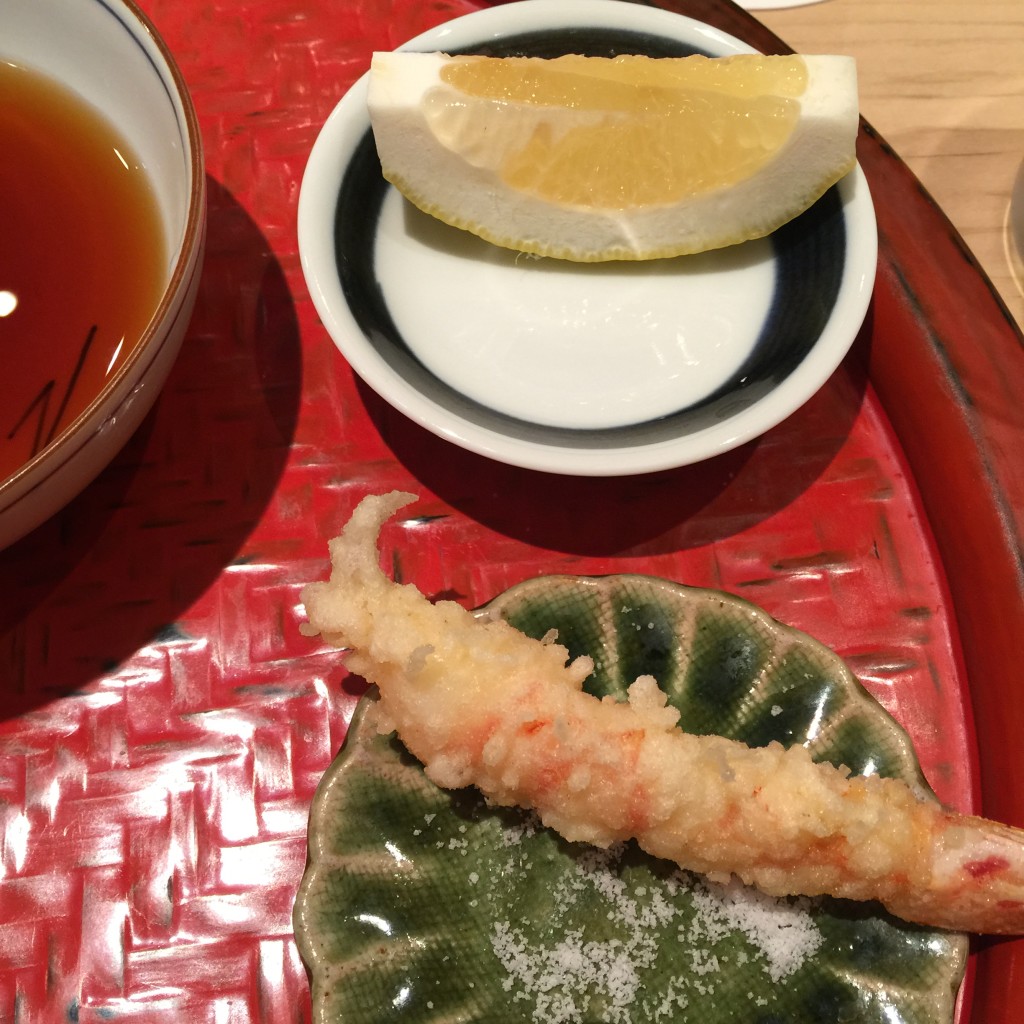 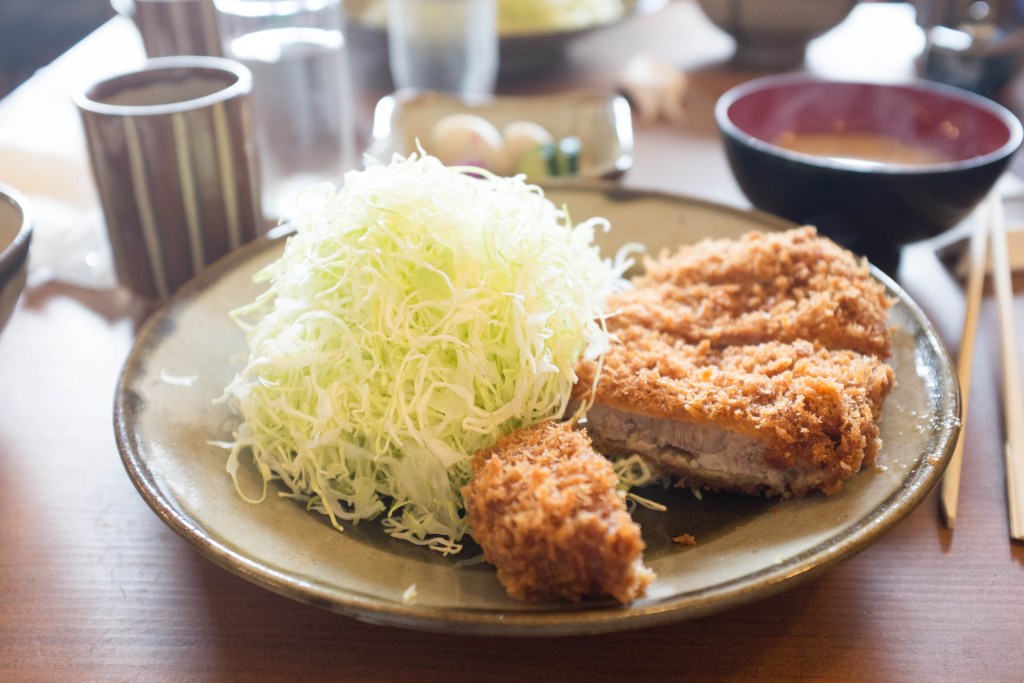 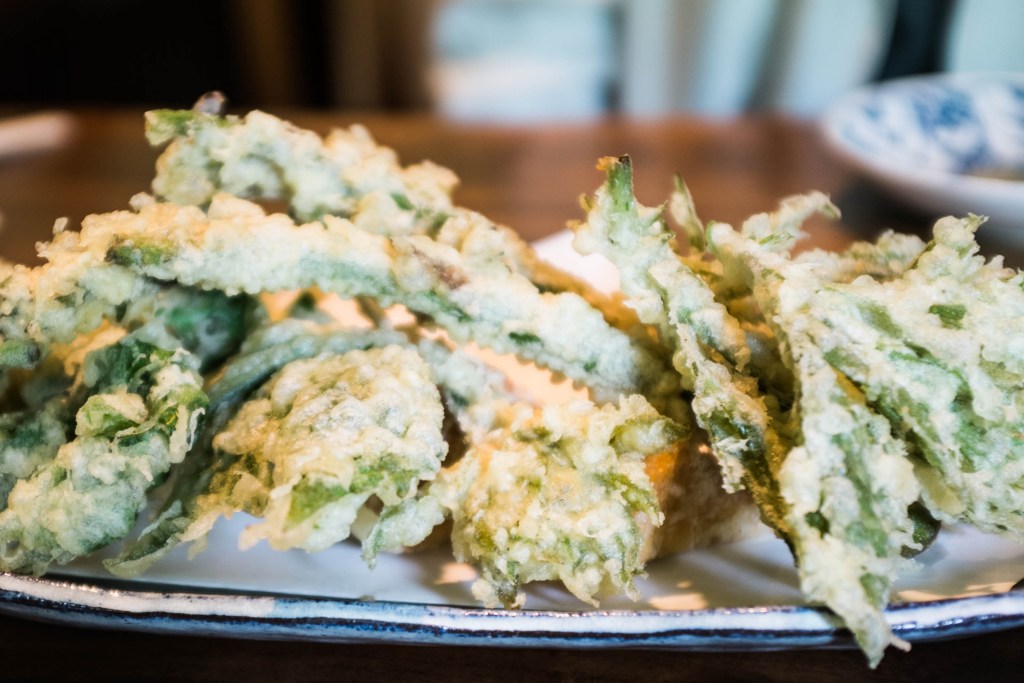 Sake (pronounced saw-kay) is the alcoholic drink of choice in Japan. It has a sweet, bright flavor and is usually served cold. Sake has a long tradition and is celebrated each year during its very own festival. Japanese residents also love to drink sake under blooming cherry blossoms in the spring! 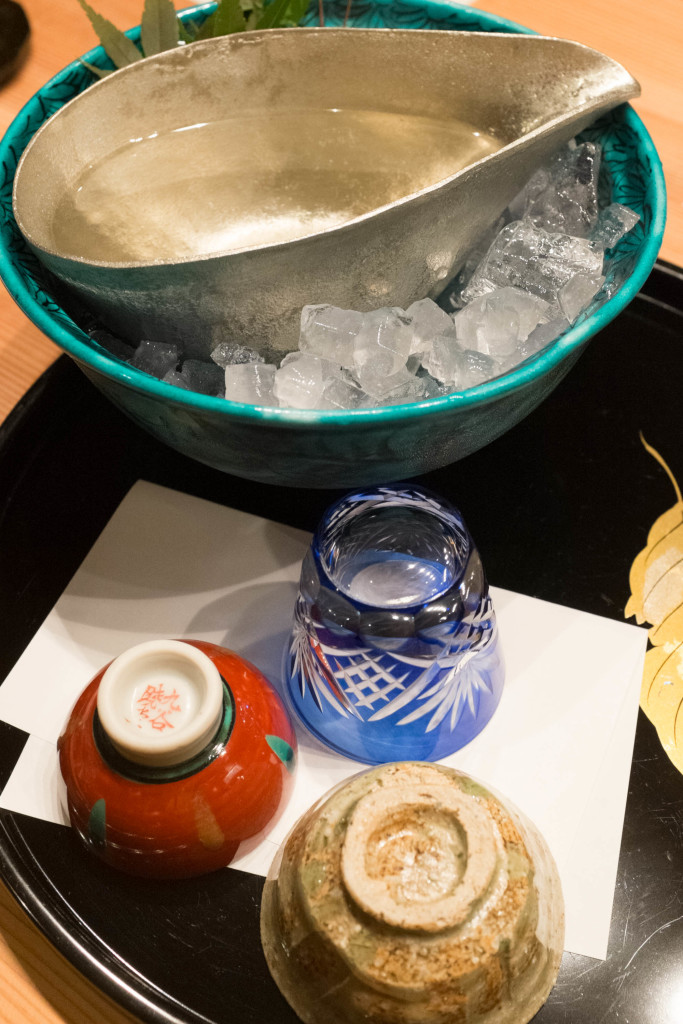 Most meals in Japan will come with rice and a side of fresh pickles: cucumbers, plums, radishes and more. These briny, sour bites are designed to make the rice taste sweeter and perhaps less boring! I also find that they’re refreshing after the warm savory flavors of all the other dishes. 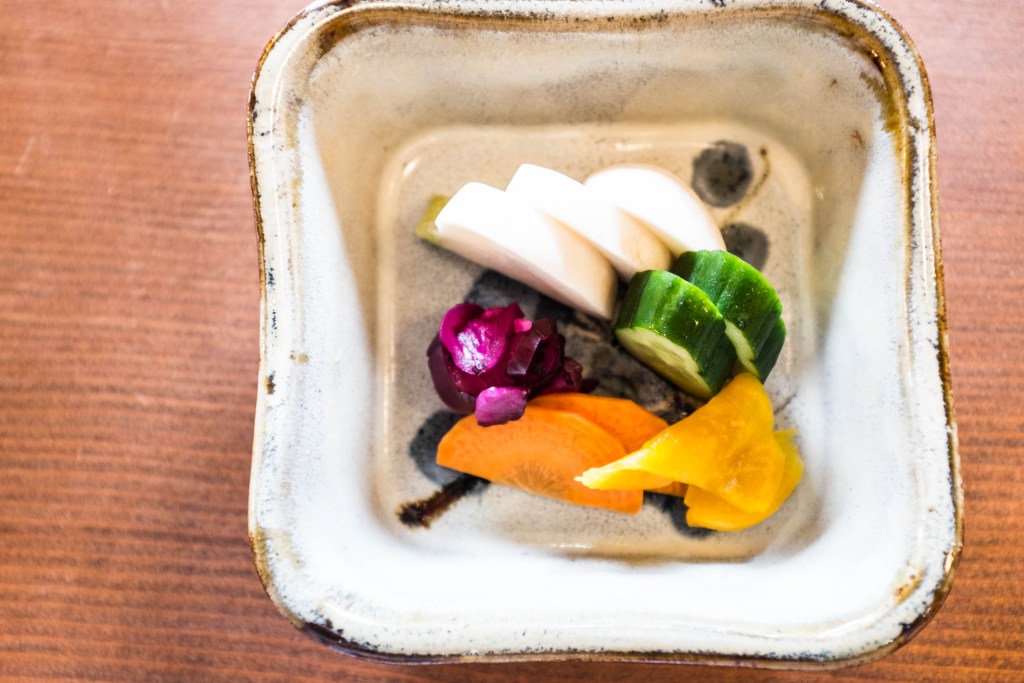 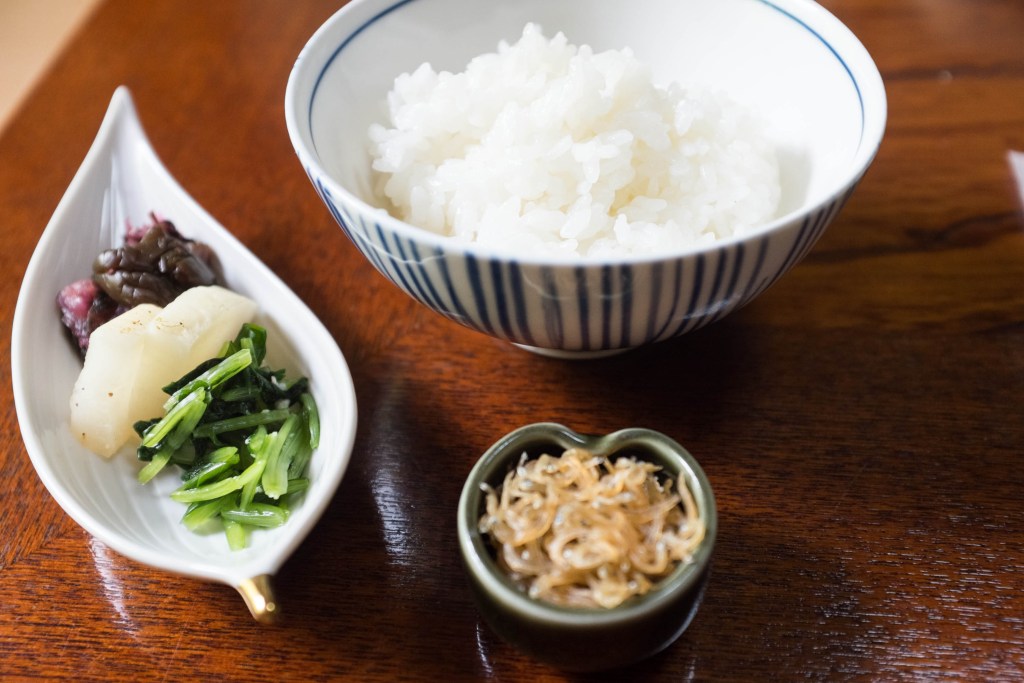 After eating tofu at Shoraian (and several other places), I don’t know if I can go back to the tofu we have here in the US. Fresh Japanese tofu is soft, creamy, and bold. The experience is akin to eating fresh mozzarella and not being able to go back to string cheese…

Tofu can be turned into ice cream too! It’s beyond soy ice cream. It’s dreamy. 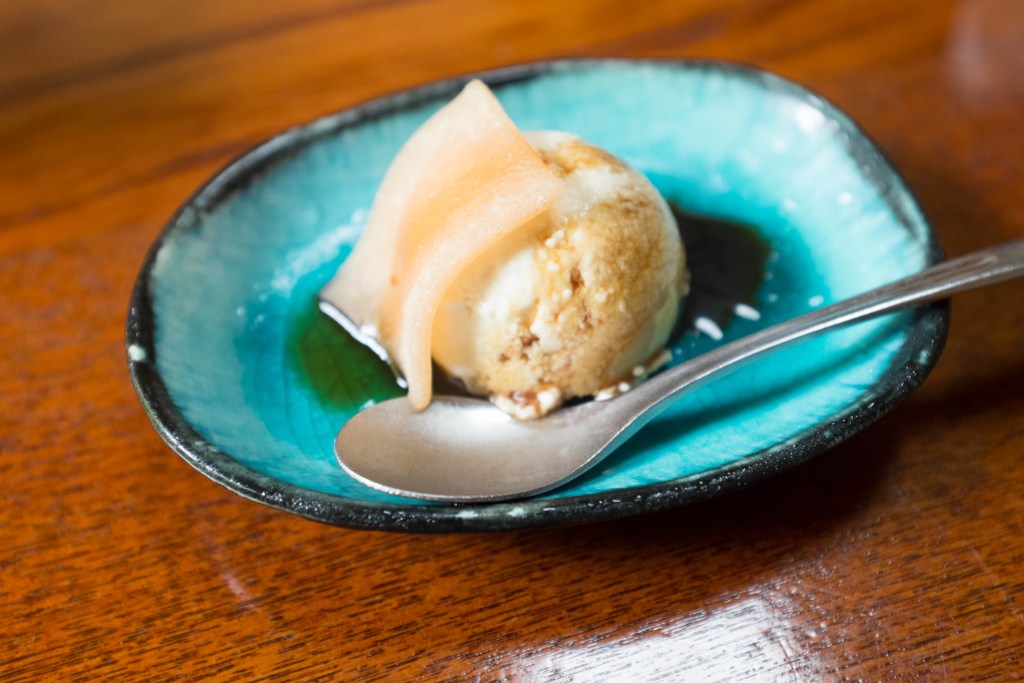 If you’ve been to Paris, then perhaps you’re familiar with Henri Leroux, Pierre Hermes and Sadaharu Aoki. These guys are among some of the most beloved Parisian pastry chefs, and they all have shops in Tokyo! It’s unsurprising because the Japanese are as committed to culinary excellence as anyone– even to foods that don’t belong to their own traditions.

You’ll also notice that lots of desserts in Japan are laced with matcha— a delicious green tea powder that is packed with flavor. Give that matcha croissant or cake a try; you won’t regret it! 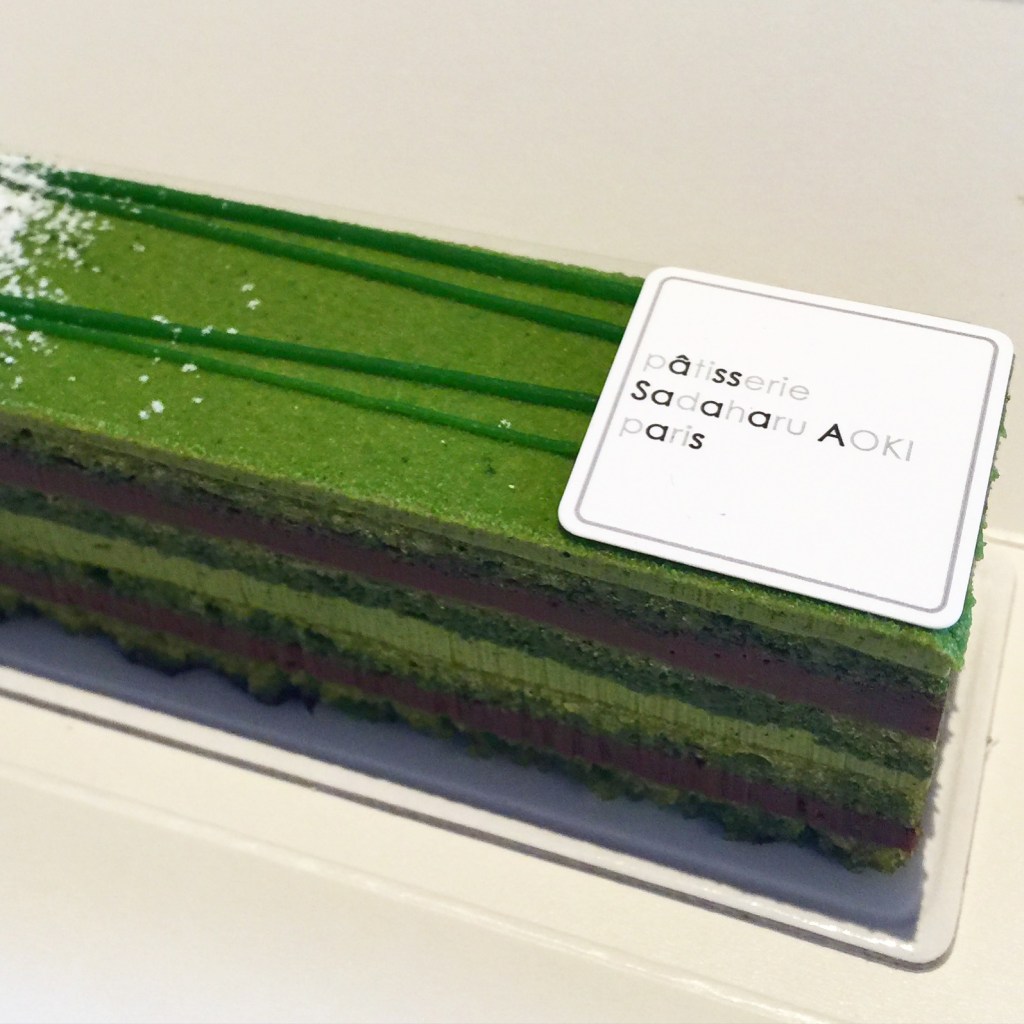 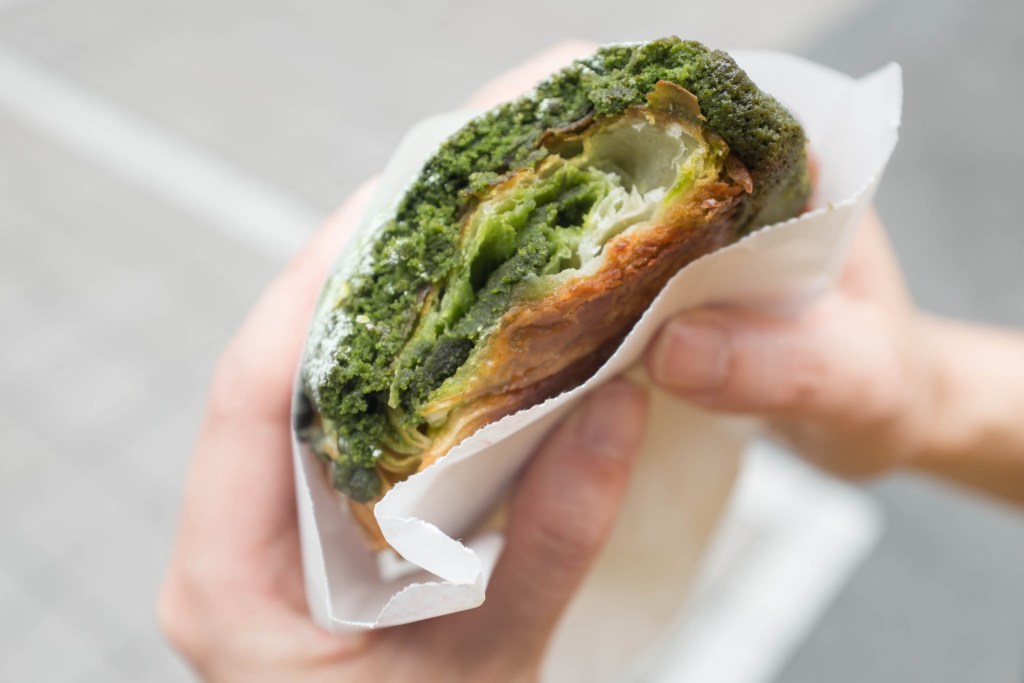 Going to Japan? Here are some travel resources.

I’m a huge fan of travel books. The Internet is chock full of information, but a book is something you can carry with you throughout the trip and reference without wifi. These are our favorites.

Hey! I’d love to grab coffee with you. But for now…