A View From Brooklyn 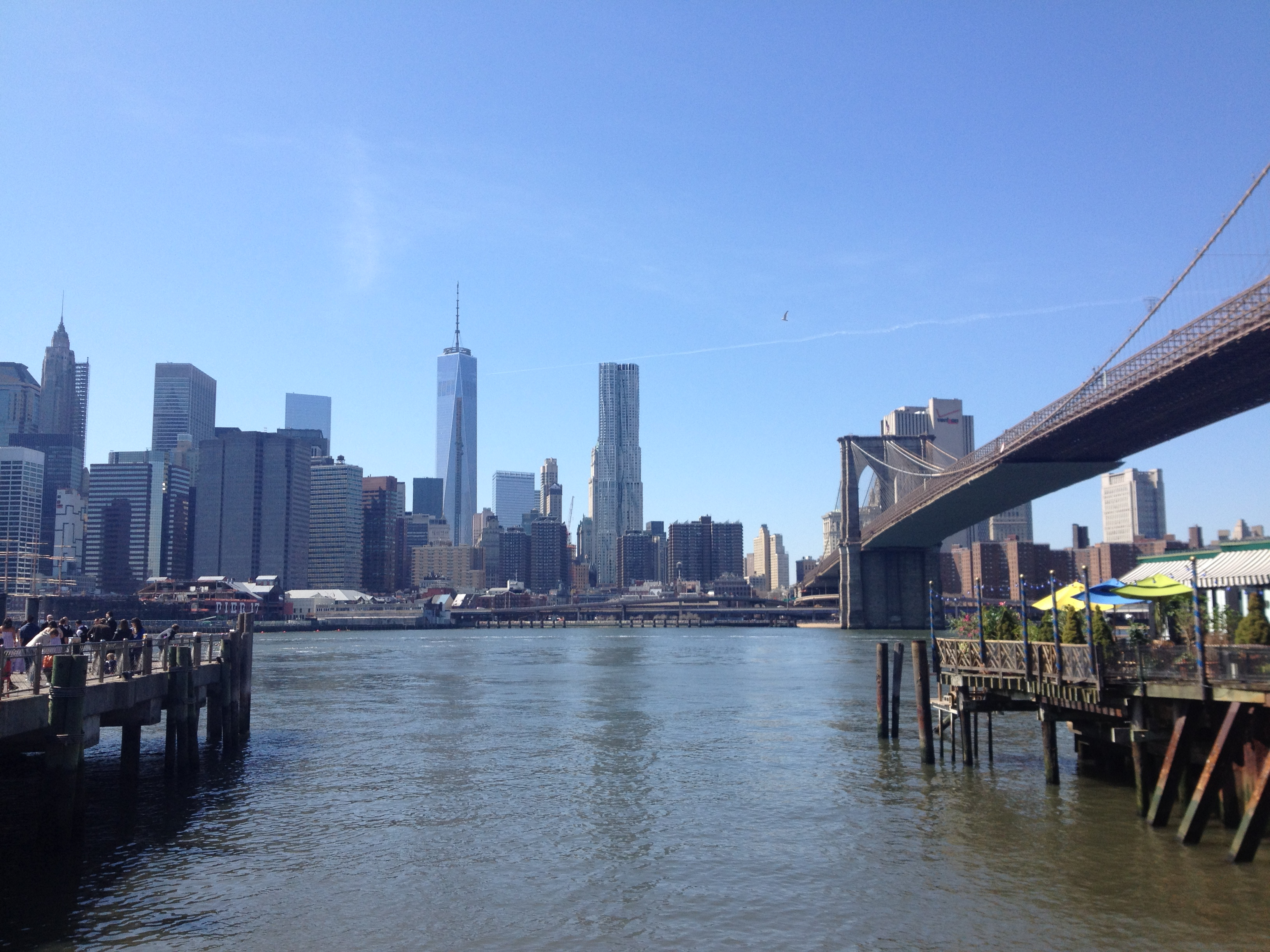 Brooklyn, New York. The name of the borough evokes so many associations, from poverty to gentrification, hipsters to yuppies. The famous Brooklyn Bridge, Grimaldi’s pizza, the Brooklyn Tabernacle and the emerging new artist scene. In the past five years, I’ve watched Brooklyn take on new meanings and become a part of my own relational journey. I’ve spread my wings to the wind while walking the Bridge, and fell for Grimaldi’s greasy pizza before realizing the “real thing” is actually next door. I’ve remembered being called at while walking Brooklyn’s streets and I’ve sung my heart out with the Tabernacle Choir. Most of what I love about New York is indeed in Manhattan, but my boldest memories of the Big Apple are certainly buried in this strange and changing borough.

See that little deck with yellow and blue umbrellas? That’s the River Café. My now fiancé and I dined there back in September of 2009 for my birthday, when I was living in New Hampshire and he had just arrived in New York for college. It was pouring rain that evening and we trekked through not a few dim streets before arriving at the waterfront classic. His suit had been soaked, and the waitstaff quickly dried it so he could be properly dressed for dinner. I was wearing a black-and-silver checked dress and little black pumps. My hair was short. It was so long ago.

That dinner marked one of the my first steps toward being forever in love with New York. Staring out at the Manhattan skyline against the encroaching evening, watching the lights flicker through the rain and dance on the water, I knew I adored New York and that the man sitting next to me would be my best friend forever. We savored our African rock lobster. The waitstaff grew friendlier and friendlier as they realized what a happy young couple we were, cherishing every bite with growing smiles of pure joy.

Over the past five years, Brooklyn has seen a lot, and so have we. The growth of Williamsburg, where facial hair is part of the uniform, as are “fixie” bikes and cardboard furniture, second-hand stores and excellent third wave coffee. The hurricane that drowned the River Café and the Red Hook area, evacuating hundreds and leaving little recognizable architecture in its wake, yielded an even more vigorous gentrification than the years preceding it. Young urban professionals moved into the area known as Dumbo, just under the famous Brooklyn Bridge (pictured above). High-end furniture stores such as Bo Concept have taken residence in Dumbo, meaning someone is setting up a bourgeois home on the water. While the renovations of Brooklyn’s waterfront are more beautiful in photographs and approachable by tourists, one has to wonder where the city’s poorer residents have gone. The old Brooklyn still exists, just no longer on Water Street, where the River Café now finds itself among its socio-economic peers.

This past weekend, we returned to Brooklyn. It was a gorgeous 70-degree day and lunch on the water was nearly divine. Families crowded the newly built carousel as dogs of all shapes and sizes barked at each other and chased pigeons. I hardly recognized it. After tasting the most lovely croissant in New York at Almondine Bakery, we sat in the sunshine and took it all in. Brooklyn has changed, and so have we.

The next day, a story broke New York Times headlines. Thirty years ago, a maniac broke into a Brooklyn home and murdered an entire family. The one survivor was a little girl named Christina, age 13 months. The first responder was a female cop who found Christina and watched her through the night. Eventually, chief officer Joanne Jaffe adopted Christina, their mother-daughter bond realized in the horrific events that evening. Their story is one that I will not forget for a long time.

Places change, as do people. Five years ago, I had no idea what it would feel like to be nearing the end of my own college years, quickly approaching our wedding day and starting a new life together. These years that have gone by, including long and sometimes painful rides to and from New York City, will not fail to remind me of the good in every season we walk through. Loss and change help us to experience the sweetness of life and remember the promise of redemption. Brooklyn will always remind me of that.

How to visit Banff National Park: Canadian Rockies Travel Guide & Map
How we're spending our last summer in Connecticut (socially distanced)
A Quick Guide to 17 Mile Drive in Pebble Beach, California
Hello 2019: where we’ve been and where we’re headed