I graduated from business school. Here’s what I learned. 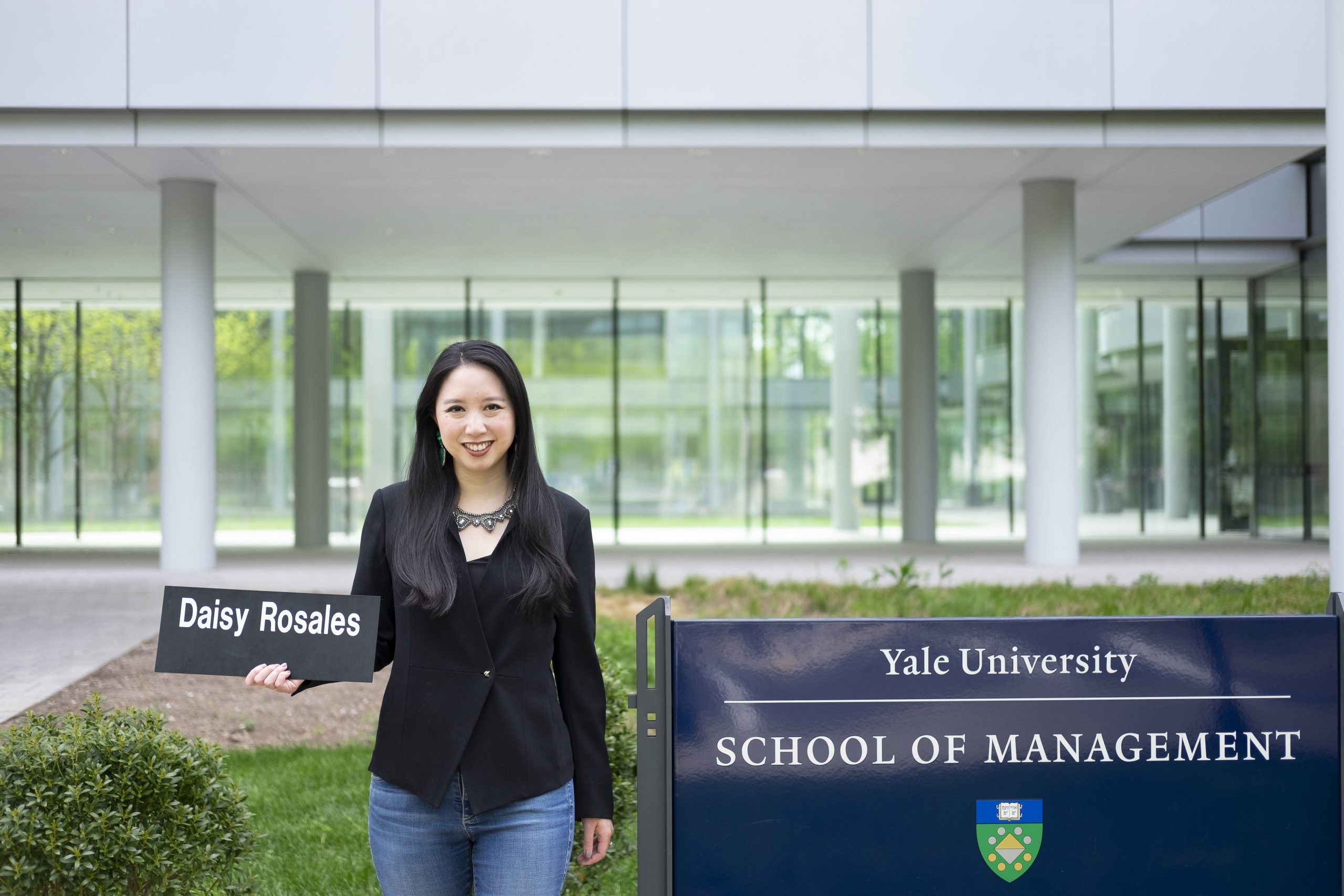 No cap, no gown, no frenzied march around campus in a sea of cheerful graduates. The Class of 2020, from middle school to graduate school, skipped commencement this year, and I am among them.

While the temptation is to allow our current pandemic to engulf any narrative of the education we’ve completed, I recognize that much of my business school experience was not in the midst of a crisis. In the classroom (and beyond), we discussed fascinating, still-important topics such as standardizing the impact investment industry; the future of global finance in the midst of decreased cooperation; accessing capital in a predatory and oppressive system; high-profile philanthropy that perpetuates the status quo; leadership driven by values and conviction rather than personal gain. 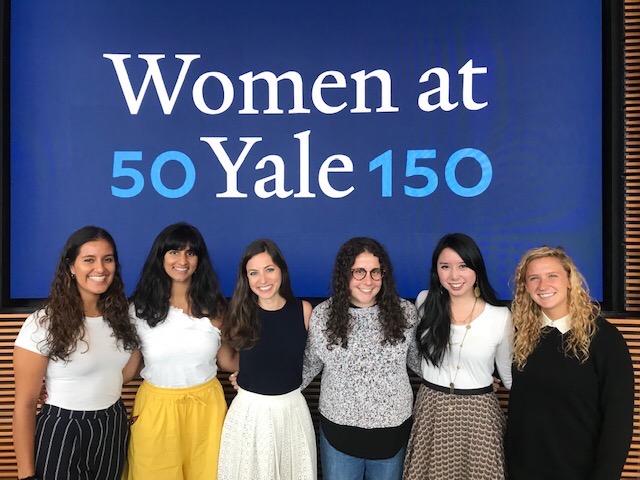 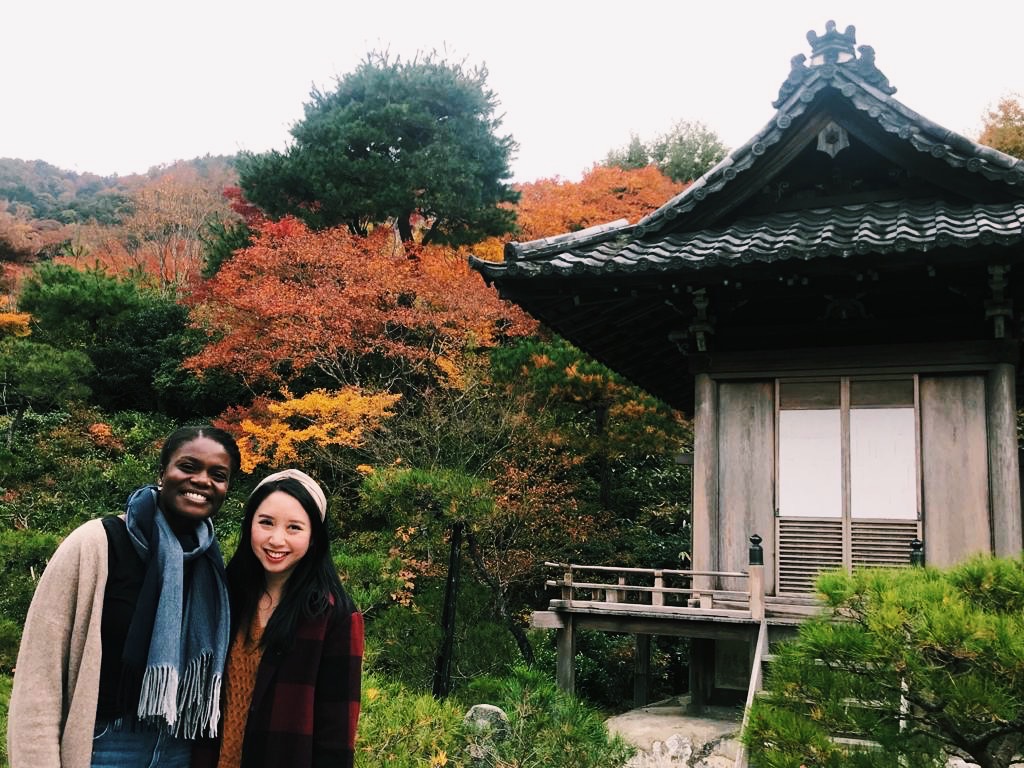 The past two years have been so full and so meaningful. As I reflect on this time, there’s a reality that can’t be overlooked: I co-founded Brio concurrently with beginning the MBA program, and the two are inextricably interwoven. Social entrepreneurship shaped my business school experience, and vice versa.

Why I went to business school

I’ve kept a journal over the past few years, which has proven useful for accessing my mindset at any point in time. Back in 2016, I wrote this:

I care so much about global impact and I often feel positioned incorrectly to have any direct connection with it. My job at [company] matters to me, but not, it seems, for the reasons it matters to everyone else.

There were two main reasons I wanted to leave, in retrospect.

First, I wanted to be challenged, to level up, and to expand my mental, emotional, and spiritual capacity. Second, I wanted to do all of that in the context of serving a mission that could bring me to my knees. I wanted to wake up and fully apply myself to tasks that were difficult yet meaningful, and to do so for a reason I believed in. To dedicate my time to something that I could stand for, and maybe, to risk my life for. To close out every single day knowing that if that day was my last, I could be happy with the difference I was making.

What I wanted sounds like a lot of pressure; perhaps it always will be. But one of the things an advisor said recently is this: “Where you are today is what you dreamt about a few years ago.” And she’s right.

If someone were to ask me if there’s anything I would rather be doing right now, I would say no. I’m doing exactly what I’d like to and that’s a gift. But it hasn’t been easy, and it isn’t easy on a daily basis. Challenge and struggle and joy and satisfaction are not mutually exclusive.

So whenever I’m in the mind space of stressing out, feeling chaotic, or wondering if all of this is worthwhile, I return to the lessons these past 2 years have taught me. 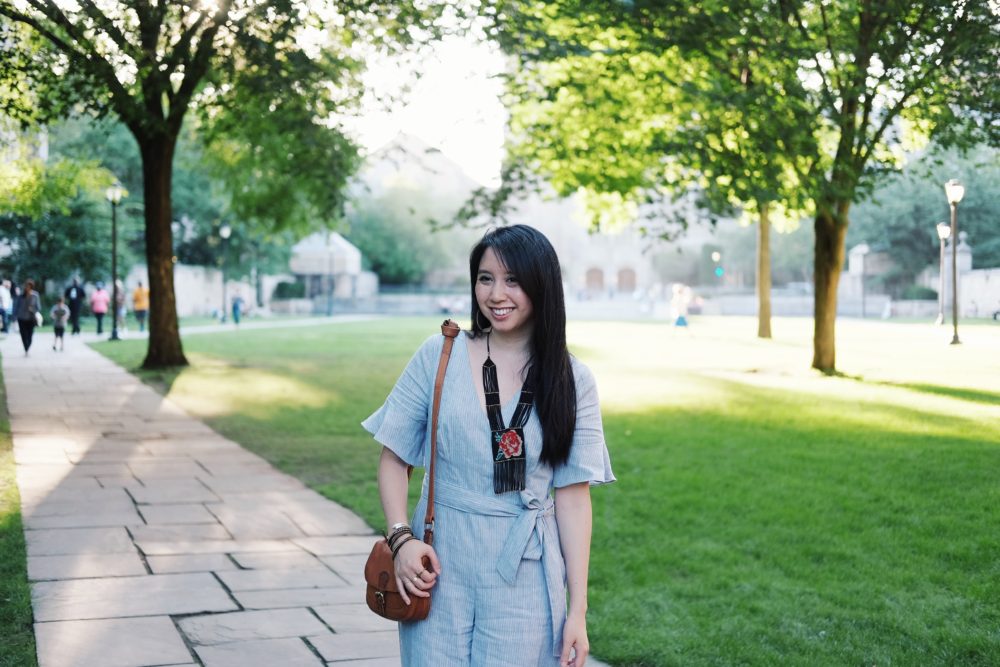 Lesson #1: We have more agency than we think, but we have to disrupt the status quo.

I grew up in a generation of women who fell out of love with the Victoria’s Secret brand. Regardless of what you think of their products, their definition of “sexy” has become increasingly criticized for celebrating only certain types of bodies and for objectifying women. So unsurprisingly, I didn’t expect much depth when a guest speaker who oversaw a marketing campaign at VS came to one of my business school classes.

Indeed, she had some fun ideas. And she had already left Victoria’s Secret. But the most poignant thing she said was this: “I wanted to do more [to change the way VS markets their products], but it was still Victoria’s Secret. Our board expected certain things from us, our senior leadership expected it from us, and our customers did too. We couldn’t deviate too much from the script.”

And it dawned on me. Here was a group of executives who, from any external perspective, were powerful culture makers. From the outside, they appeared to have SO much agency to change what VS stood for. But instead, they felt that their hands were tied, and they had to stick to their “script”. They could have transformed the brand into one that celebrated body positivity, sexiness in all its forms, and a redefinition of what it means to be a woman. But instead, they blew it, and Victoria’s Secret has suffered huge losses.

Perhaps the VS executives were right to be afraid, and perhaps they would have lost with or without a cultural transformation. But the point is this: we can always convince ourselves that we lack the power, the leverage, the coalition, or the support to do something innovative and aligned with our values. We’re afraid that our failures will have worse impact than simply maintaining the status quo. So we decide to perpetuate what was handed to us. We stick to the script.

My time in business school revealed to me that many people— leaders, parents, workers— stick to the script everyday. They use the same playbook that was passed down to them, and they perpetuate all of its inadequacies. It will take more than just one person to change these inherited systems and practices, but it always starts with one person. So even when I feel small, unsupported, and perhaps completely in over my head, I remember this. 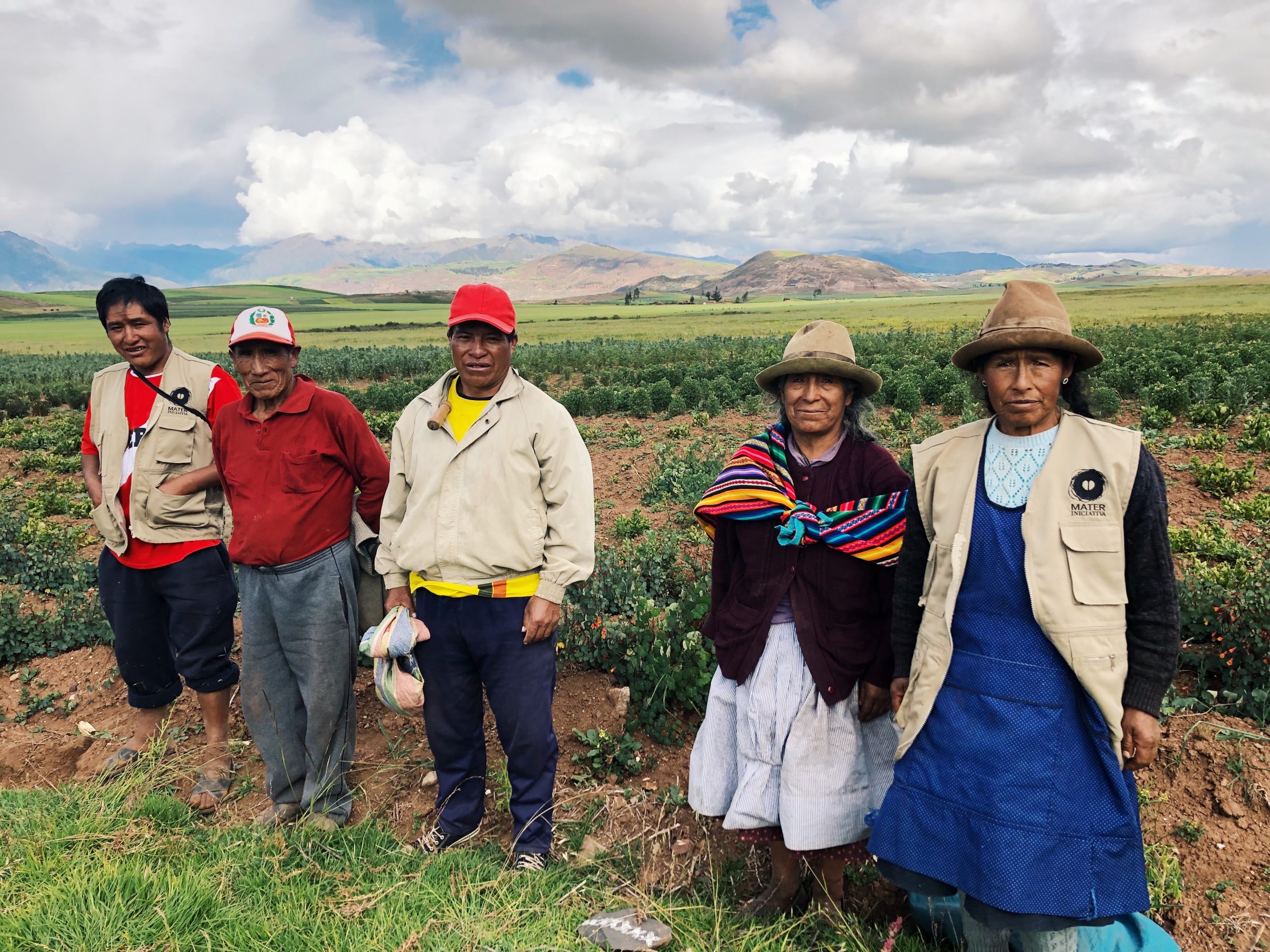 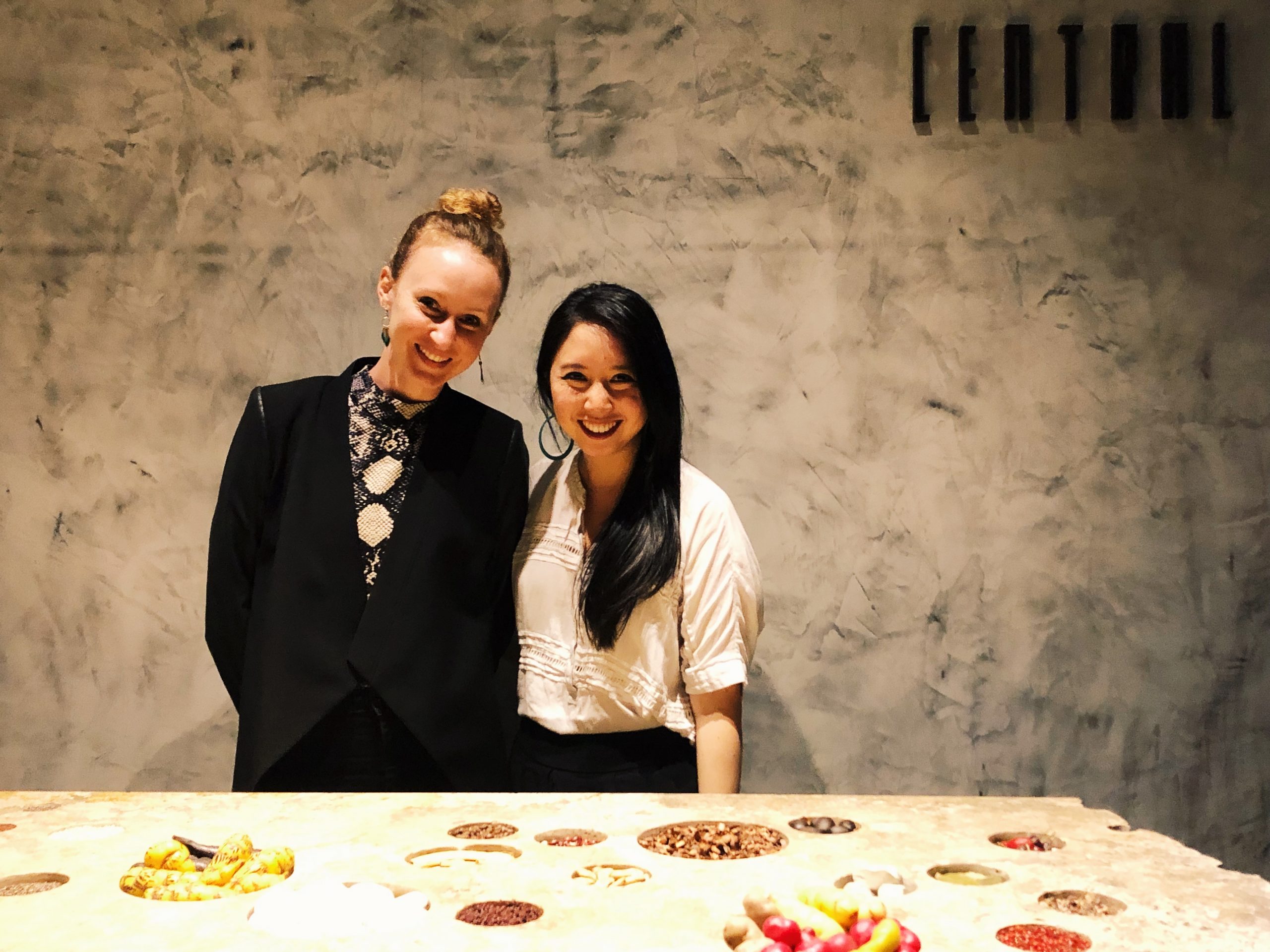 Lesson #2: In the age of meritocracy, the hardest person to resist exploiting is ourselves.

Ah, yes. The delusion of merit. On the one hand, we are cynical and know that if you’re privileged in some way in American society, it’s likely to be easier for you to achieve a milestone than someone without that privilege. You think you’ve earned what you have, but you were born with a leg up. That’s when merit is a delusion.

But there’s another side to meritocracy, which involves real hard work. I remember a standing-room-only lunch session where a Yale law professor shared about his latest book, The Meritocracy Trap. While certain aspects of the argument seemed a bit eccentric, his main point resonated quite a bit. The elite part of our society has shifted from the “leisure class” to the meritocratic class: hard-working professionals who have earned their way to large salaries, frequently due to many years of exhausting performance coupled with degrees from elite schools.

Perhaps we prefer this meritocratic system to the royal birthright, yet the author made this additional point: meritocracy can also be exploitative too— instead of exploiting others, we exploit ourselves.

I’ve seen this quite a bit. The bragging about being busy, as though we’re always in demand and constantly working. The refusal to take breaks. The boasting about sleeping only 4 hours a night as a proof of how successful we’ll be. The connection is so clear, yet the dehumanization is hidden in plain sight.

Ever since this session, and with the encouragement of ministers like Tricia Hersey of The Nap Ministry (who advocates rest as a form of resistance), I’ve considered the many ways I’ve become accustomed to self-exploitation. Every time I log onto Zoom and turn the camera on when my shoulders are already crushing me. Or when I pile so many things into my calendar without making space for the reflecting, processing, and re-imagining that are also critical. Or when I say yes to speaking on a panel while in the midst of moving across the country (like right now).

Self-exploitation is hard to resist. We are accustomed to exploiting many things, it’s just another way of “getting the most out of” something. We exploit margins until there are none left. We frequently exploit our health by ignoring it until a red flag appears.

Saying no to self-exploitation is saying yes to the practices that reflect our values— joy, hope, beauty, kinship. If we hold values greater than mere productivity and efficiency, we’ll resist self-exploitation. 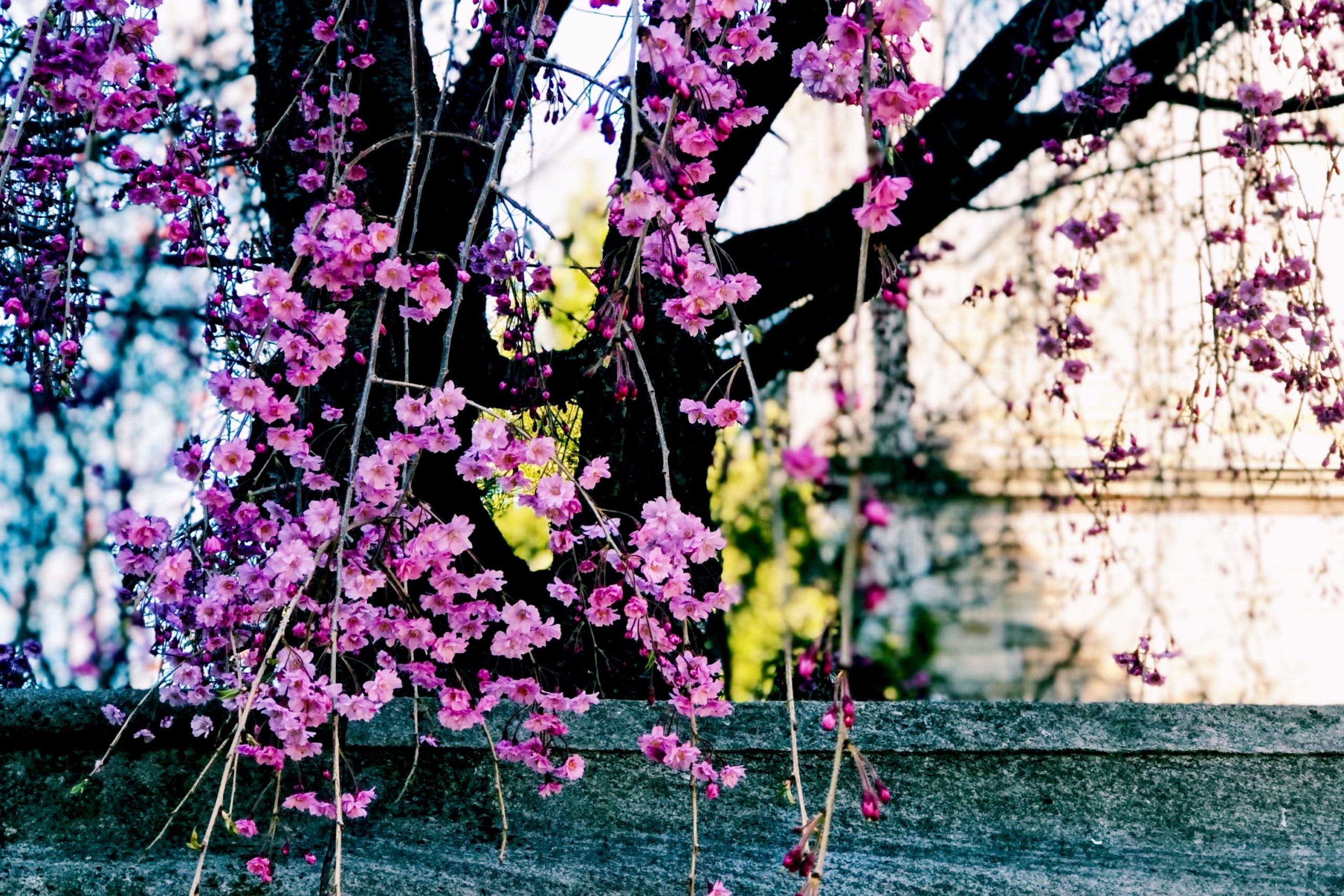 Lesson #3: Collaboration is as much about incentives and contracts as it is about ego and personality.

Business schools love to talk about incentives (in particular, aligning them so that everyone will want to work together). In theory, if you can ensure that everyone has an incentive— positive or negative— to cooperate, you can accomplish things much more efficiently.

This sounds simple, but it’s not always easy. The reduction of humans to homo economicus fails to recognize that humans are rational and also irrational. At this year’s Yale Philanthropy Conference, a woman panelist representing a community foundation pointed out that while motives and incentives are important, projects frequently live and die by ego and personality.

I’m still in my 20s (for now) so it doesn’t bear much weight when I say that in my experience this is 100% true… but it is. You can have every alignment possible on paper, but a promising collaboration fails because people instead decide to destroy each other (this happened). In fact, there have been issues like this in the partnerships we run with local organizations as well — numerous moments when I’ve wondered if it’s worth it to work with certain individuals whose pride or power hunger seem to constantly get in the way of their own success.

This brings me to my next point, which is that the skills we’ve called “hard skills” are sometimes easier: crunching numbers, analyzing markets, interpreting data. The hard work is mastering ourselves, listening deeply, building trust, and showing up with humility. I’m grateful for people like Jacqueline Novogratz who are preaching this in the world of social innovation. Real success is not just achieved by strong calculations, but by strong character.

I’m grateful for this season of learning, and I’m not done.

There were so many learning moments in the classroom, at social gatherings, at the dinner table, and in spontaneous passing over these past two years. And it’s hard to believe that this season has really closed, with many of my classmates’ jobs delayed due to the pandemic.

Perhaps the silver lining is that we’re never done learning. Even if I don’t step foot in a classroom again (as a student), I know that I don’t have to in order to expand my understanding. Learning is a choice we can make everyday, and arguably we learn more doing the work than we do during a lecture.

I’m glad I made this choice. A handful of friendships will follow me for life. This season will be long-cherished. 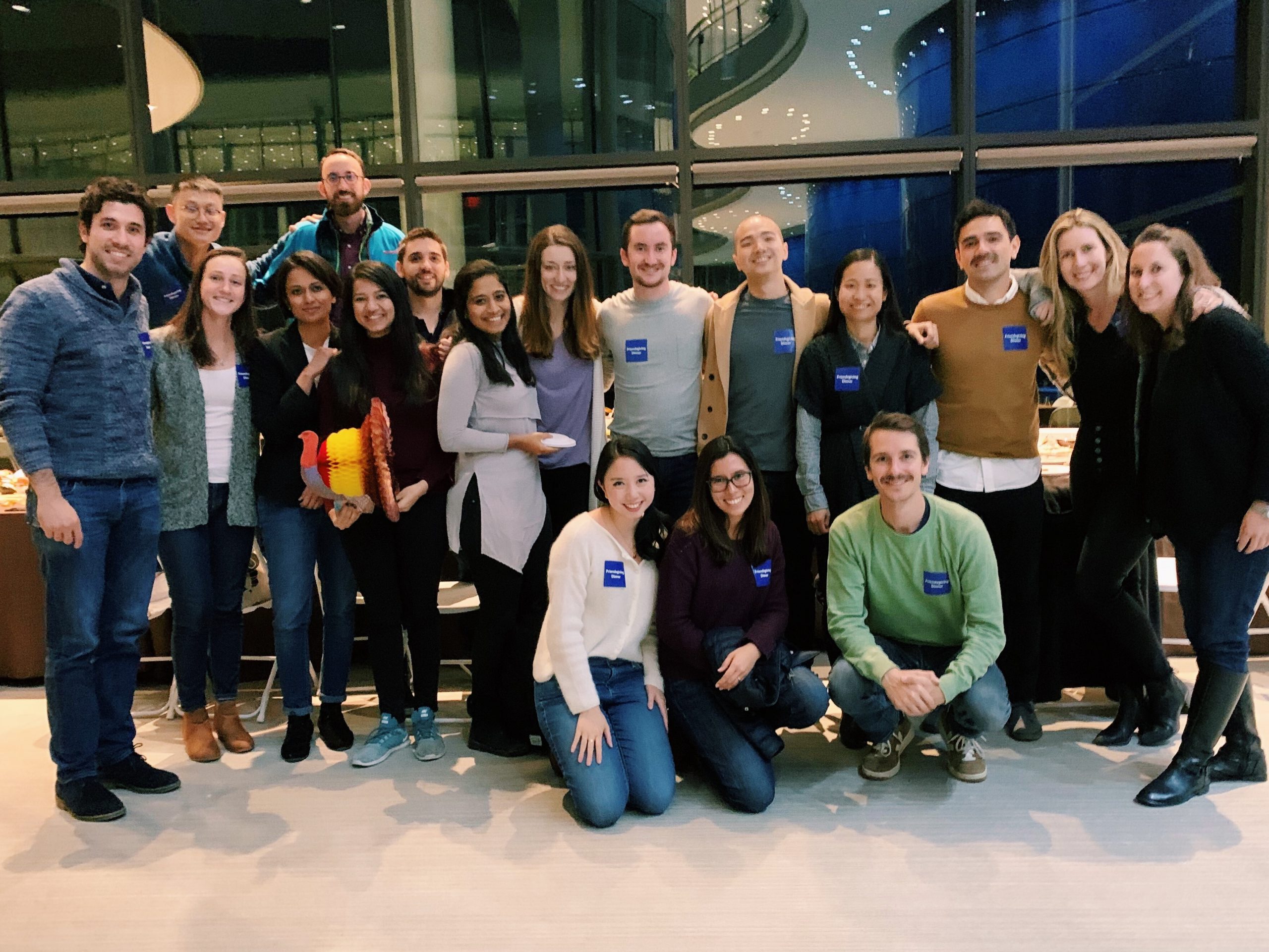 10 Things You Should Never Do To De-Stress (and what to do instead)
Making Room: The Truth About Hospitality
Let's Build A Cafe In Ecuador
Celebrity Gossip: Why I Don't Keep Up