Lessons I Learned While Working in Addiction Recovery

After I graduated high school, I did not go straight to college. Instead, I packed my bags in San Francisco and boarded a flight to New Hampshire. A year later, this is what I had learned.

I had planned to take a gap year between high school and college ever since my sophomore year. I wanted to see and experience something other than academics and extracurriculars. My childhood hero was Mother Theresa, so I jumped at the opportunity to work with underprivileged individuals. And somehow I found myself in Middle-of-Nowhere New Hampshire, a new young staff at an addiction-recovery program for adults mostly older than me.

The facility where I worked was nothing short of incredible. It was a community- and relationships-focused recovery program that lasted 13 months. Residents would apply and, if accepted, come to the facility for free. Free! Anyone familiar with recovery programs knows that they can cost tens, if not hundreds, of thousands of dollars. Our program? Not a penny.

Instead, residents had to earn their keep. They harvested from the gardens. They cleaned the animal stalls. They built new buildings. They stoked the fires. They did laundry, cleaning, cooking, more cleaning, planting, painting, and fixing. In exchange they received room and board, professional counseling, group therapy, leisure activities, and a chance to start a new life. 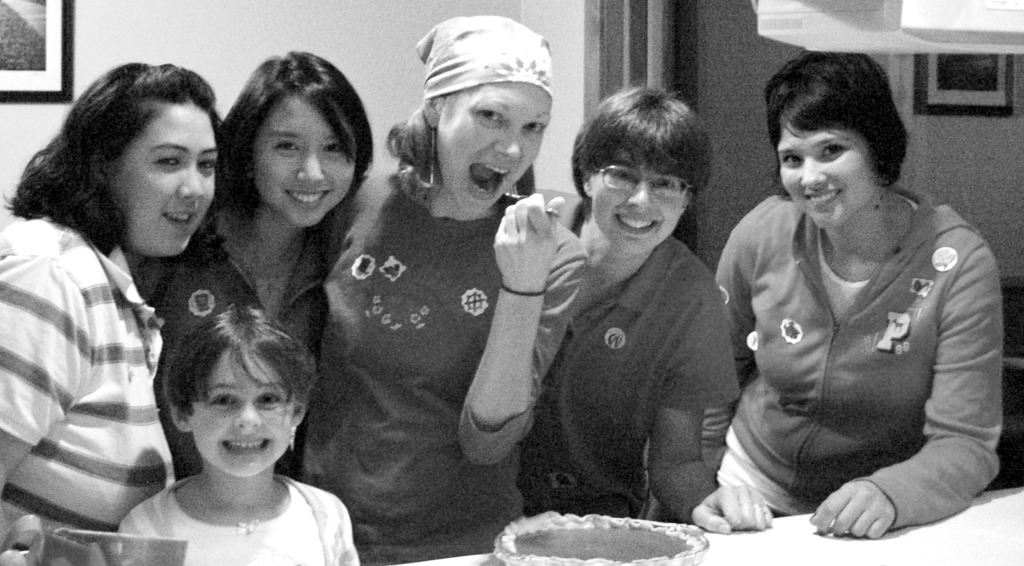 Many people have asked me, why would you go work at a recovery center, of all places? To this day, I say, I don’t really know.

But I do know. Part of it was because I was drawn to the root of human suffering and wanted to participate in someone else’s victory. I wanted to explore my own story– which, though free of addiction– had its own abundance of brokenness. And I wanted to prove that there was more to me than a privileged, Californian 18-year-old headed to Harvard. Mostly I needed to prove it to myself.

And as usual, I got so much more out of the experience than I had bargained for. That year living and working among recovering adults changed me. And though now it feels that my service at a recovery center was many years ago, I think the lessons I learned there still inform my daily existence. 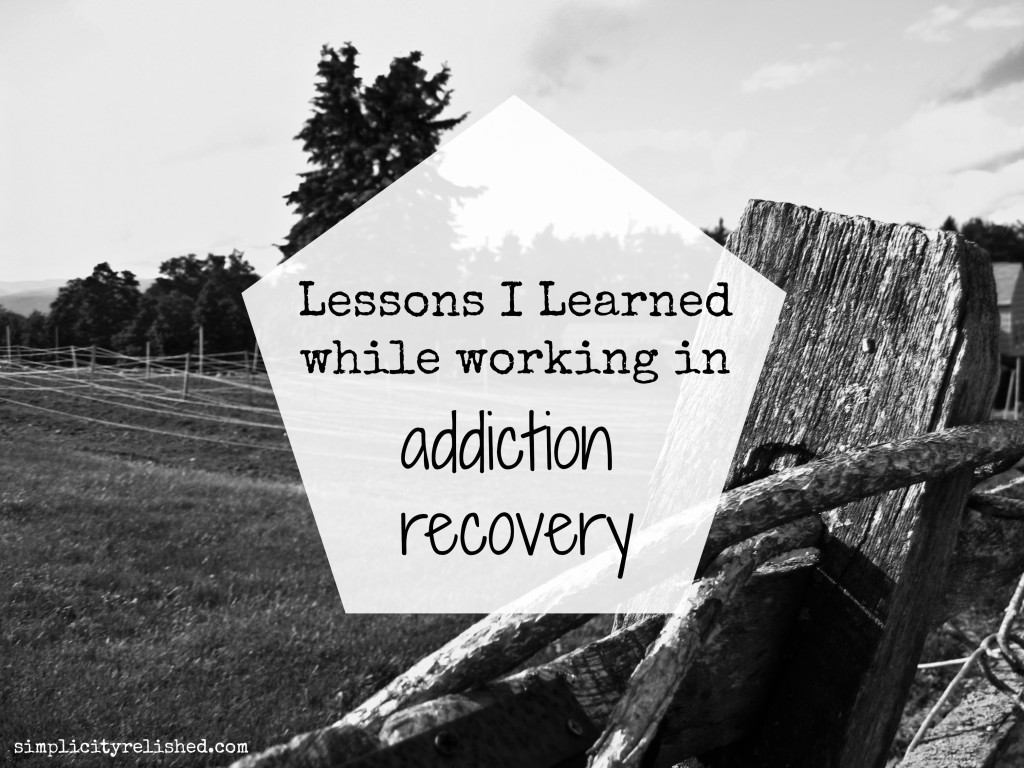 Lessons I Learned While Working in Addiction Recovery

1) Addiction does not discriminate.

Race, religion, socio-economic status, education level– none of these are predictors for whether or not a person will fall into addiction. The residents who came for healing had a variety of backgrounds.

2) Recovery and transformation take time– a lot of time.

Why is it that so many 30-day programs don’t work? Mostly, I realized, because they failed to address the root causes of addictive behavior. “Just say no” is easy to say, and harder to do; rather than simply targeting the addiction, we have to dig deeper and ask what has caused the addiction, and heal that.

3) Not everyone is ready to change.

During my time there, many residents came and left. It is hard work to face yourself, to own up to your mistakes, and to understand the depth of consequences. Not everyone is always ready for this. Sometimes it takes a long time to be ready. 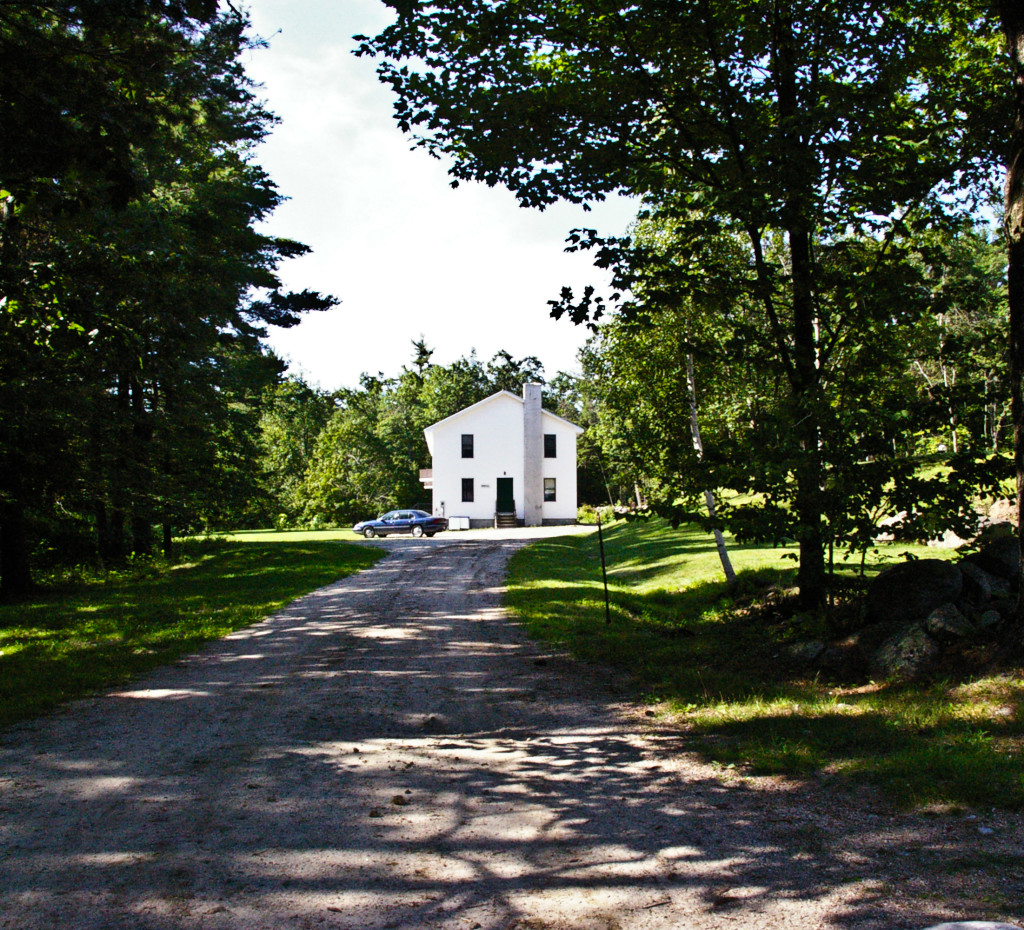 One thing that surprised me once I learned about the residents’ stories was that so many of them had similar elements. Rape, abuse, drug use, abandonment, violence, rejection– these themes kept reappearing in story after story. I realized, then, that evil is an uncreative force. While the individuals were unique, their pasts were not: there are only so many ways that humanity can hurt itself, but they are effective.

On the bright side, I learned that good is creative. As women and men rose from the ashes of their past, they discovered new passions, new skills, and new desires. Such victory was so sweet to witness.

Oftentimes we grow up with the idea that a particular character trait– or possession, for that matter– can solve all our problems. For me, it was intelligence. If I were smarter, then this wouldn’t have happened. If they were only smarter, then they wouldn’t be in this predicament.

Boy, was I wrong. Some of the residents who came were unbelievably smart– and yet they found themselves in the clingy web of addiction. There was a deeper strength that they needed– one of spirit– in order to overcome their past.

6) It takes a village to save a person.

Living in community was rough for residents and staff. To be constantly vulnerable was new for many, and especially tough on those with addictive behaviors. Addiction has the power to isolate, and causes the person to hide, lie, and deny the truth from friends and family.

But to come into the light– into the presence and witness of others– is to surrender that story of loneliness and guilt. Chains are sometimes broken simply by speaking out the truth, and asking one’s community for accountability. There is nothing braver than saying, “I can’t overcome myself on my own. Help me overcome.” 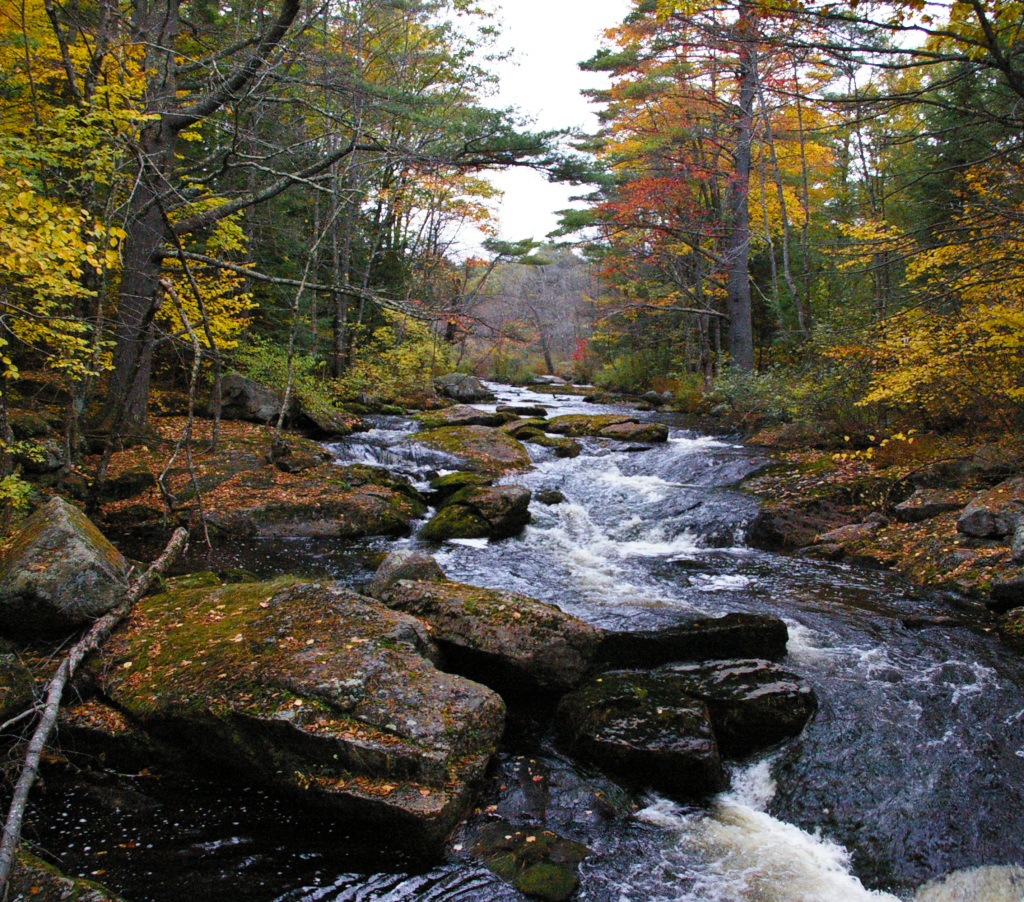 The end of the journey

In June 2010 I completed my year of service at the facility and headed to college that fall. It took me a while to get used to a pen and paper again, but I had no regrets.

Unlike many of my younger classmates, I could say that I had seen a different side of humanity.

I could say that I had seen immeasurable grace take hold of human hearts, exchanging stone for flesh.

I could say that I had seen those who had been forsaken for dead and useless, come back to life with vigor and hope.

*If you’re interested in supporting or volunteering at this facility, please let me know!

5 Practical Ways to Restore Your Joy
Strawberry Lime Chia Seed Jam
Celebrity Gossip: Why I Don't Keep Up
Why You Need A True Hobby (and not just a side-hustle)