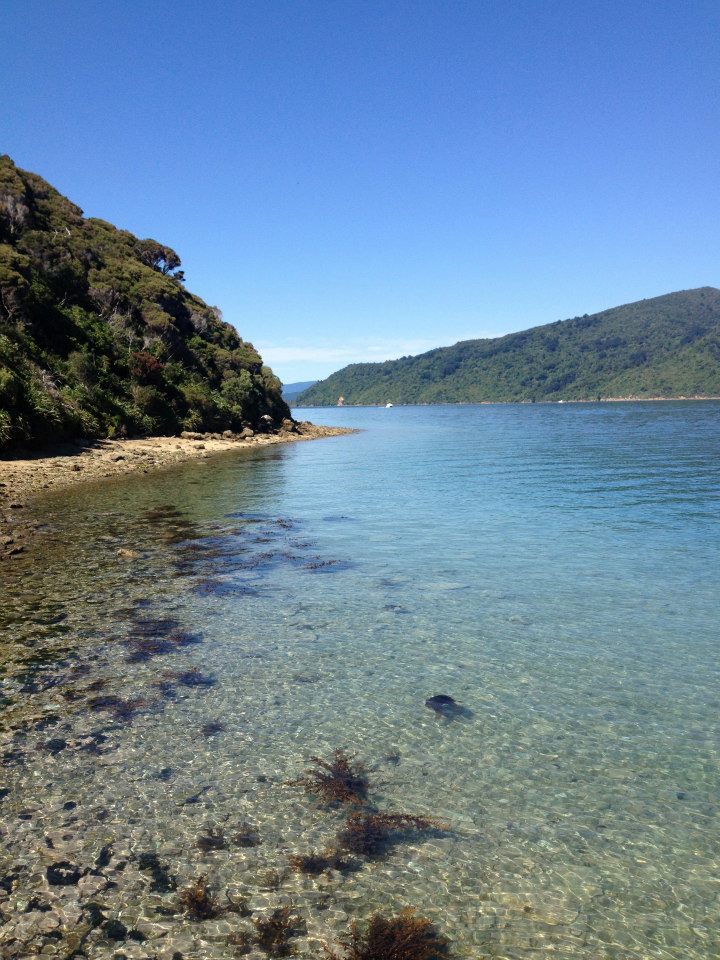 It’s no secret that New Zealand is one of the most naturally stunning countries ever. And I’m pretty sure the filming of the The Lord of the Rings sealed the deal for that reputation.

And why not? With picturesque coasts, rugged mountains, jade-green fjords and rolling pastures, New Zealand is a shutterbug’s dream.

Our family traveled to New Zealand in January 2013, and it was terribly difficult to decide where to go. Due to the geological diversity of the two islands– North and South– we had to make some tough choices.

After hum-ing and ha-ing about our trouble in paradise, I selected two destinations on South Island– the second of which I’ll be sharing in the near future. First stop? Marlborough Sounds. 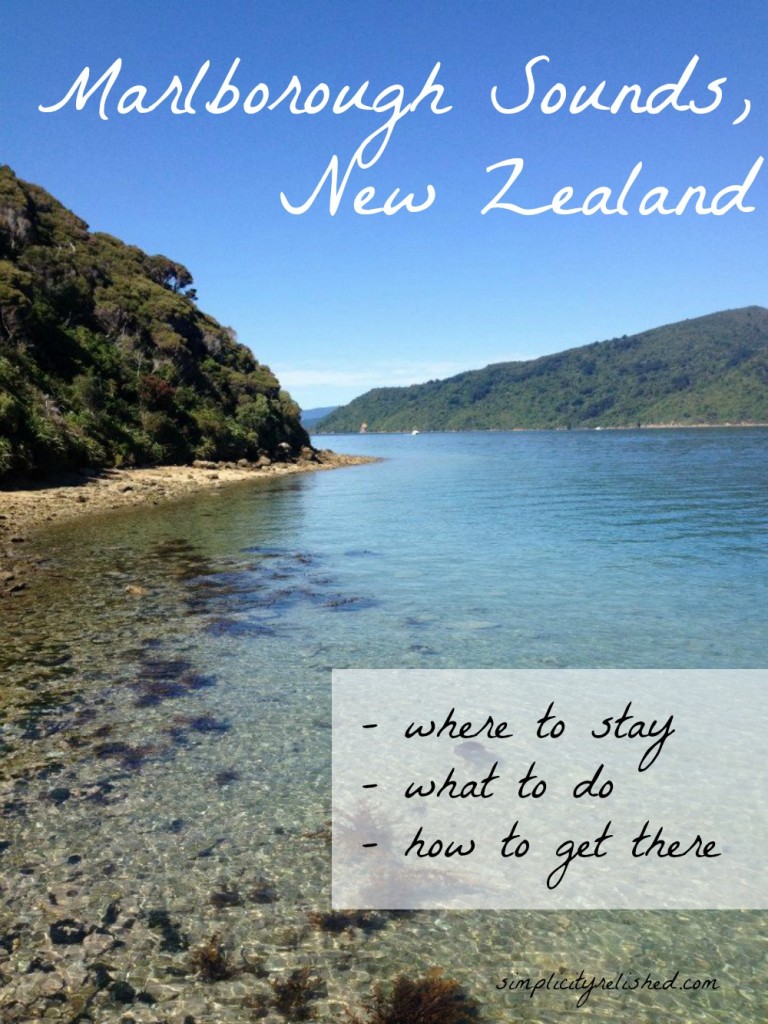 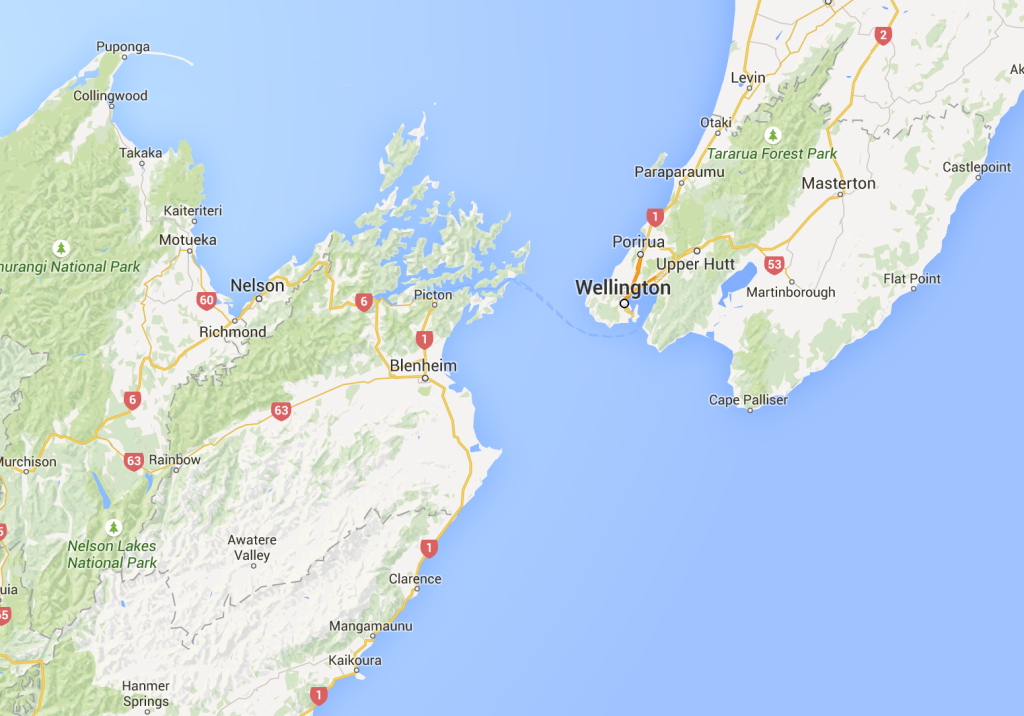 It’s a long journey, especially if you live nowhere near Oceania, which most people don’t.

We were jetting off from Taiwan, so it took quite a few transfers: Hong Kong, Brisbane, and finally Wellington.

The tiny flight operated by Sounds Air is more than safe– it’s enjoyable if you don’t mind small planes. There probably isn’t a more scenic view than from the window of this 16-seater aircraft.

Once landed, take Cougarline to your Marlborough Sounds destination! 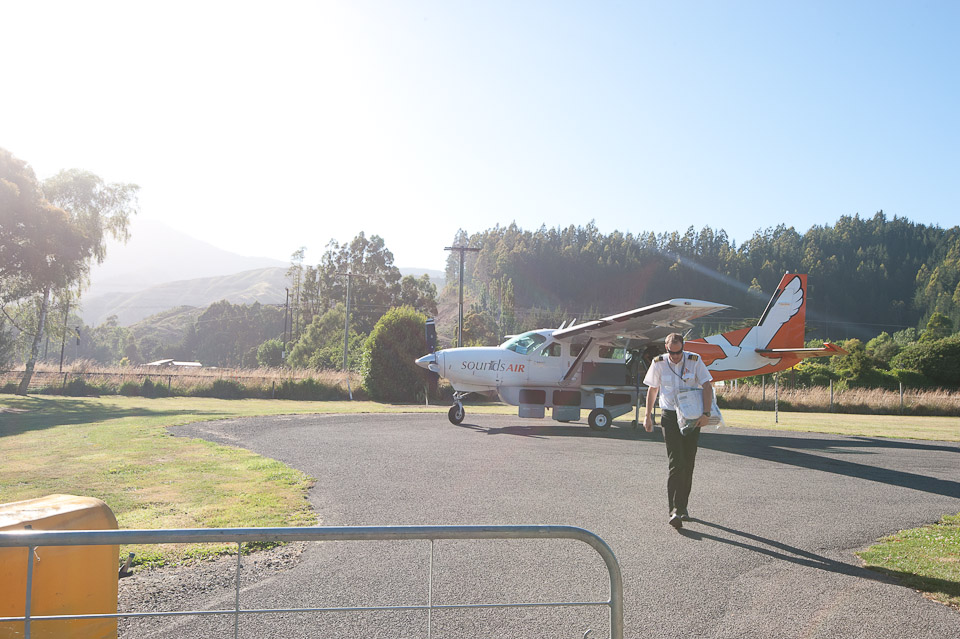 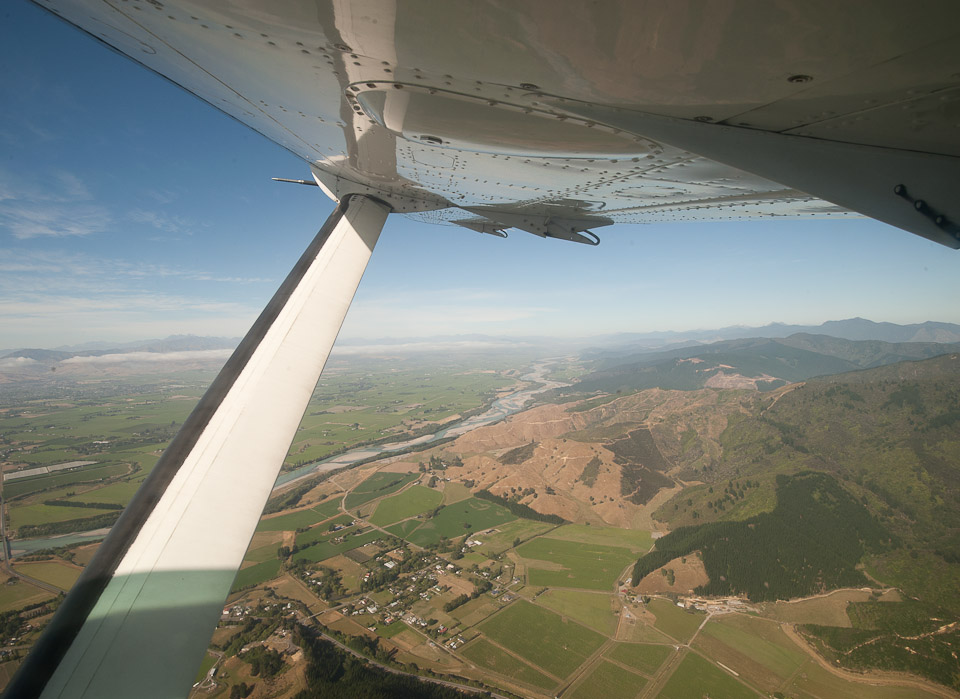 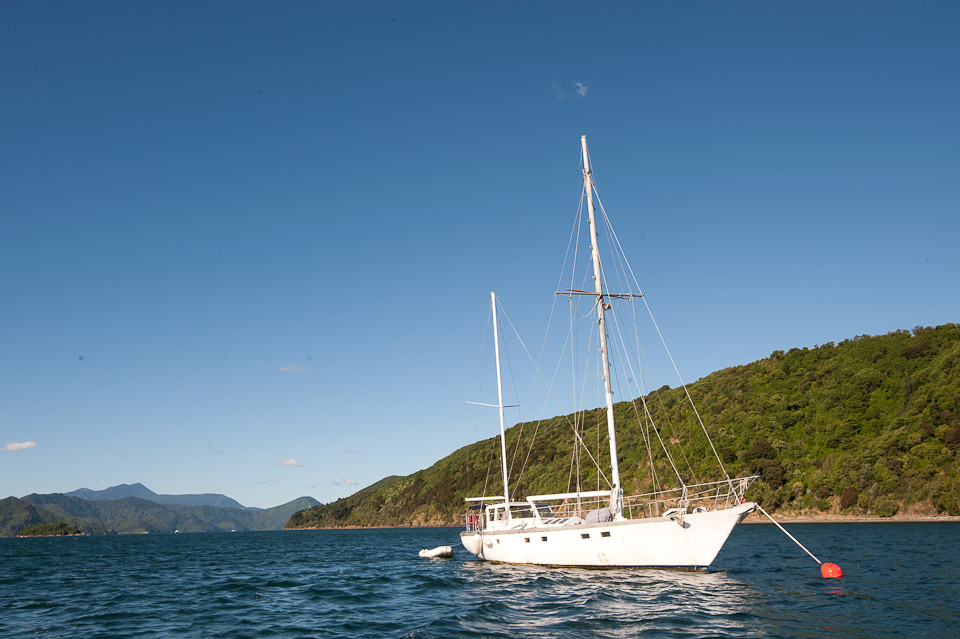 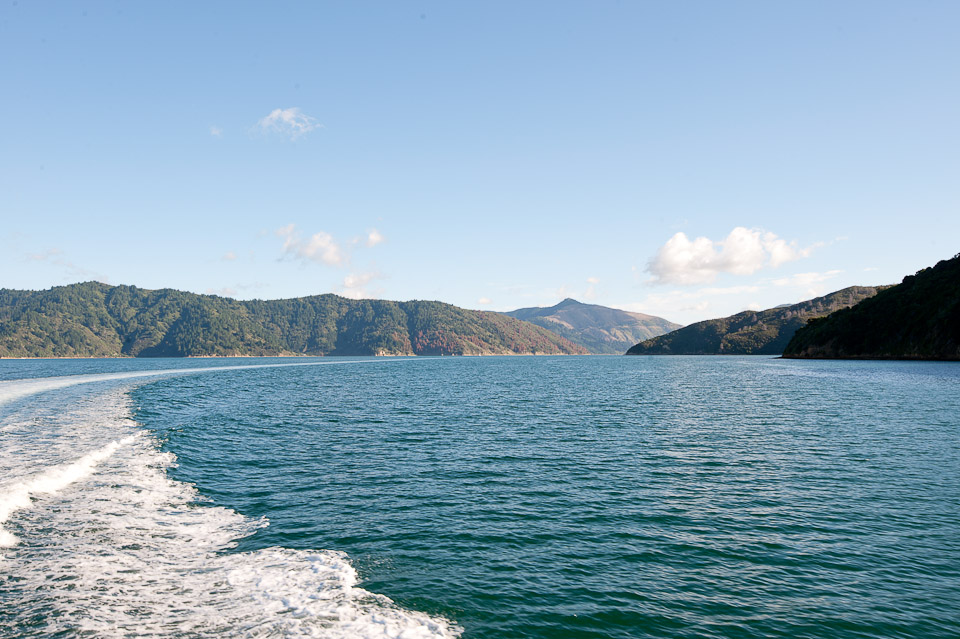 We were lucky enough to snag a stay at the Bay of Many Coves, one of the most beautiful accommodations I’ve ever seen. It overlooks the water, has its own gourmet restaurant and cafe, a pool, and free kayaks for exploring!

The Bay of Many Coves is for the relaxed adventurer. The backpacking types might find themselves a bit bored. But, if excellent views, a day hike and a good book can keep you happy, then this is where you want to be.

The wine in New Zealand is also remarkable. There’s nothing better than reclining at the Bay’s dining room sipping a glass of local red! 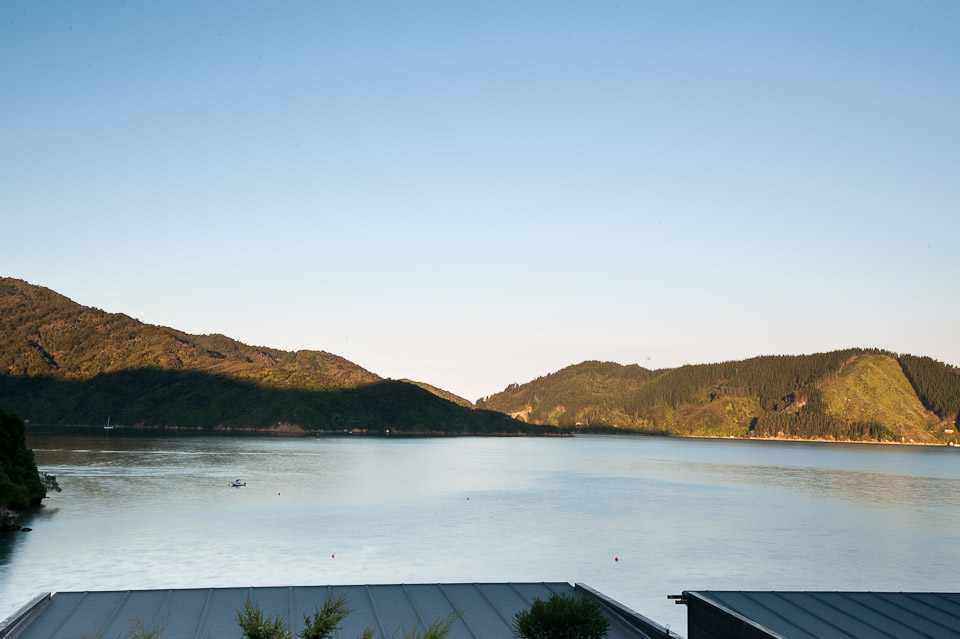 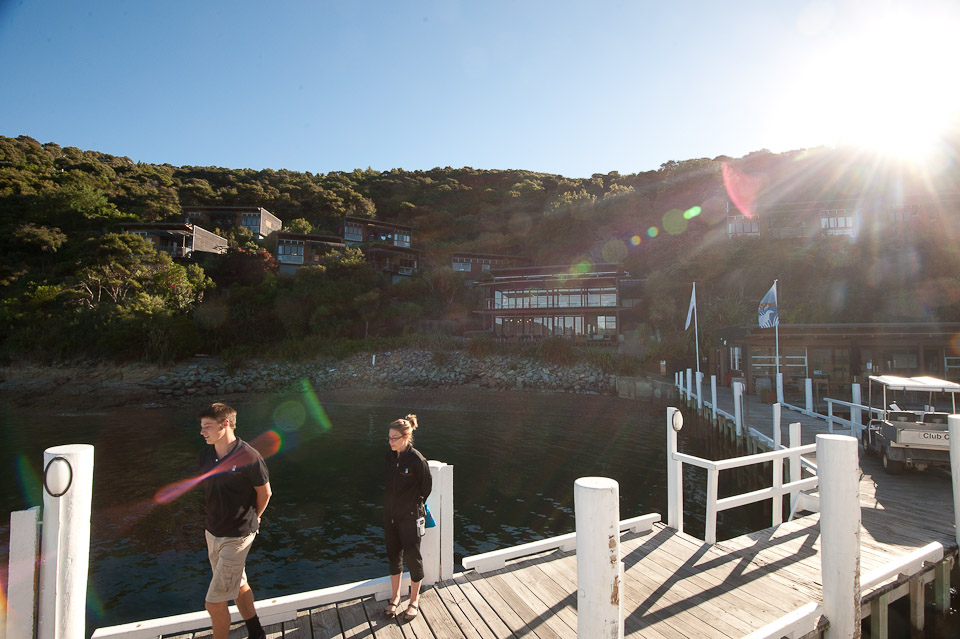 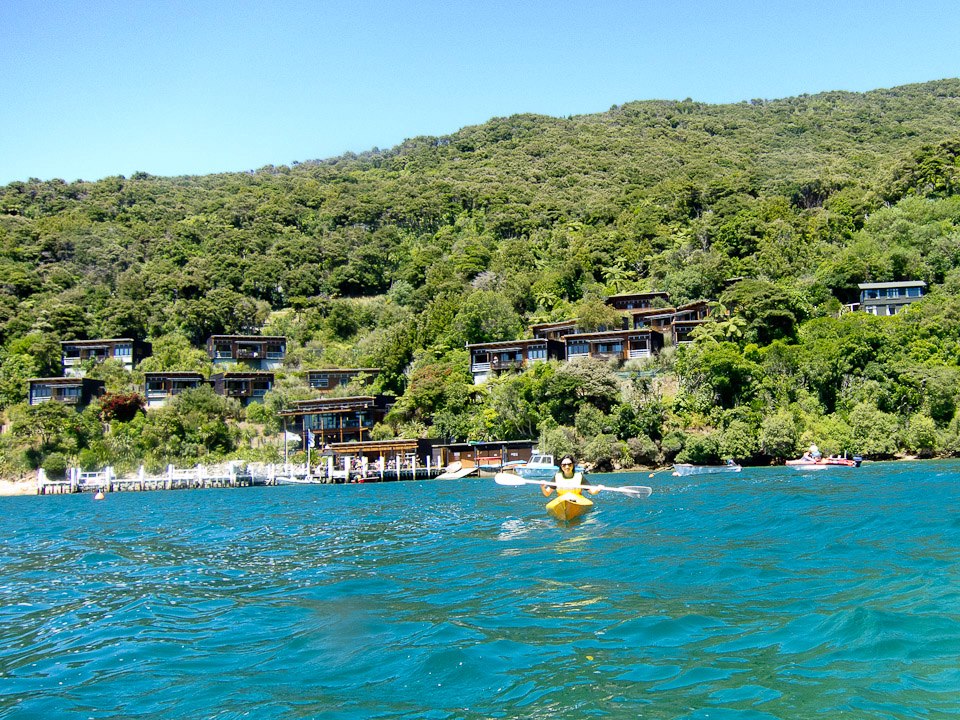 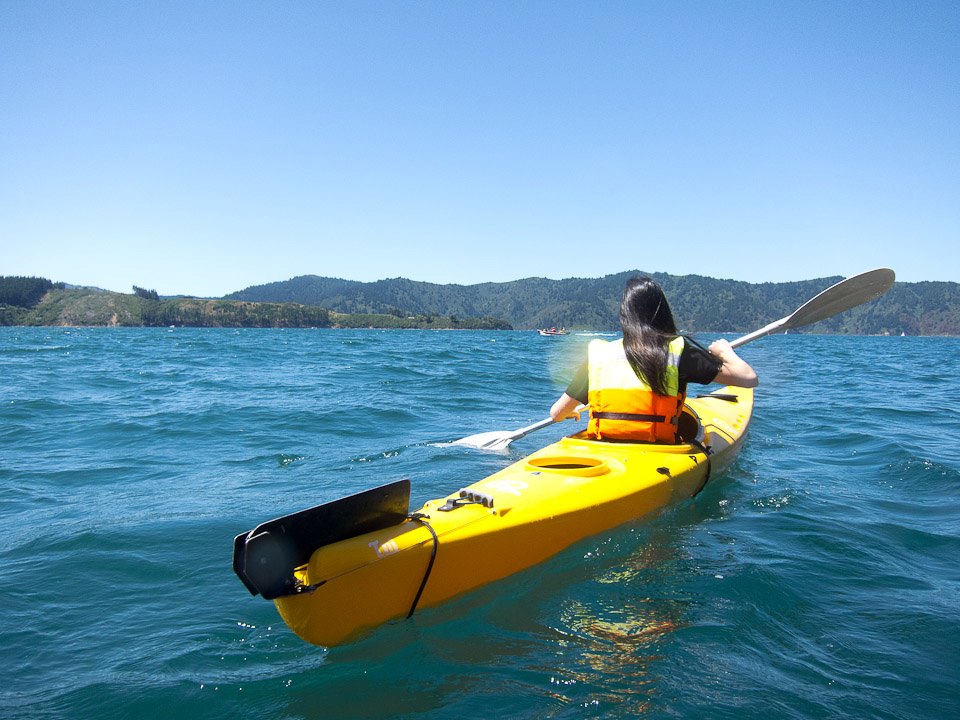 Due to its relatively difficult accessibility, Marlborough Sounds is supremely well-preserved. It’s the perfect place to hike, relax, kayak and explore.

A word to the wise when it comes to sea kayaking: it’s harder than it looks.

We took a short boat trip to Motuara Island– known as a sanctuary for native birds. On the way, we were chased by local bottlenose dolphins.

I can’t say we actually saw that many birds on Motuara, but we did see the New Zealand Giant Pigeon. It was a weird experience. Up until that point, I understood pigeons to be evolutionary accidents that hatched out of the garbage cans of Manhattan. But, seeing one that was larger-than-life in its natural, unpolluted habitat gave me a new perspective.

We wanted to see kiwi birds, but those adorable creatures do a better job hiding than their pigeon friends. 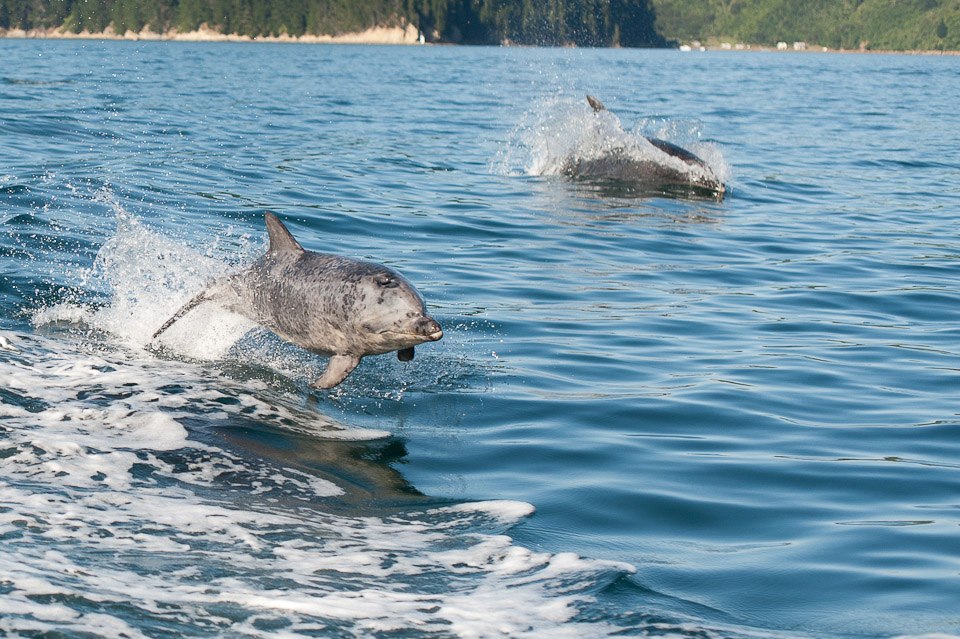 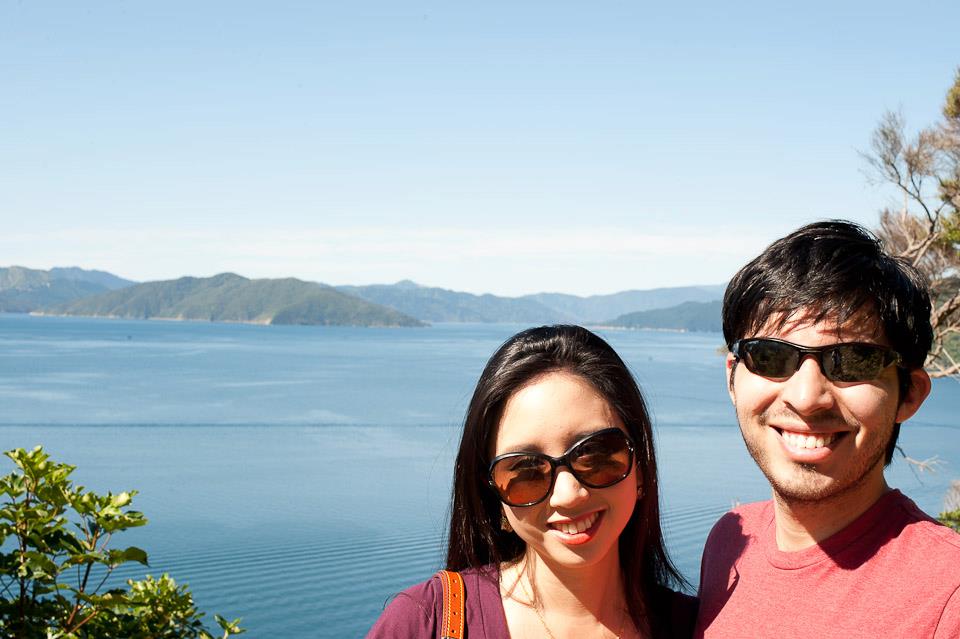 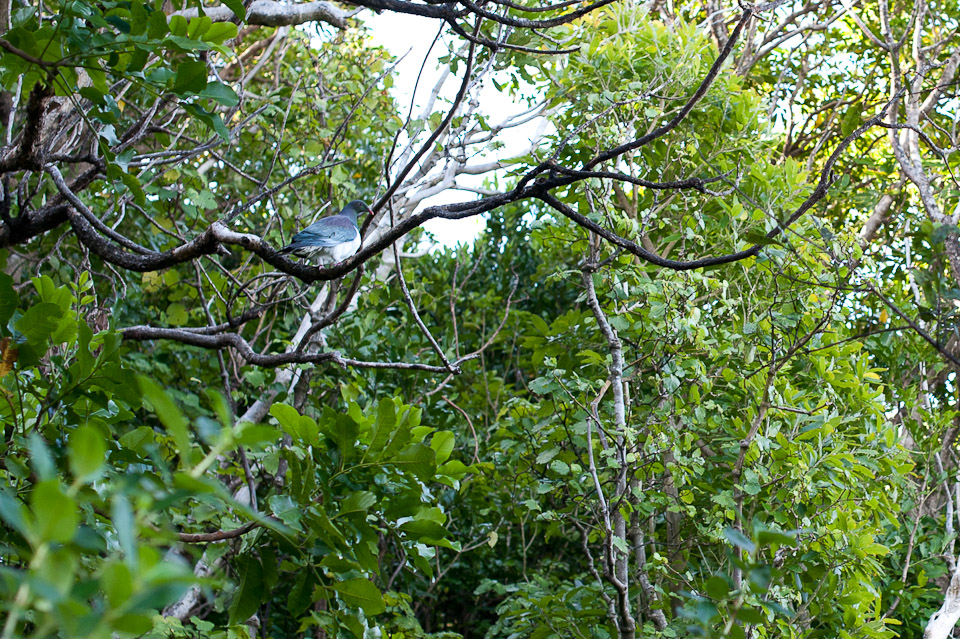 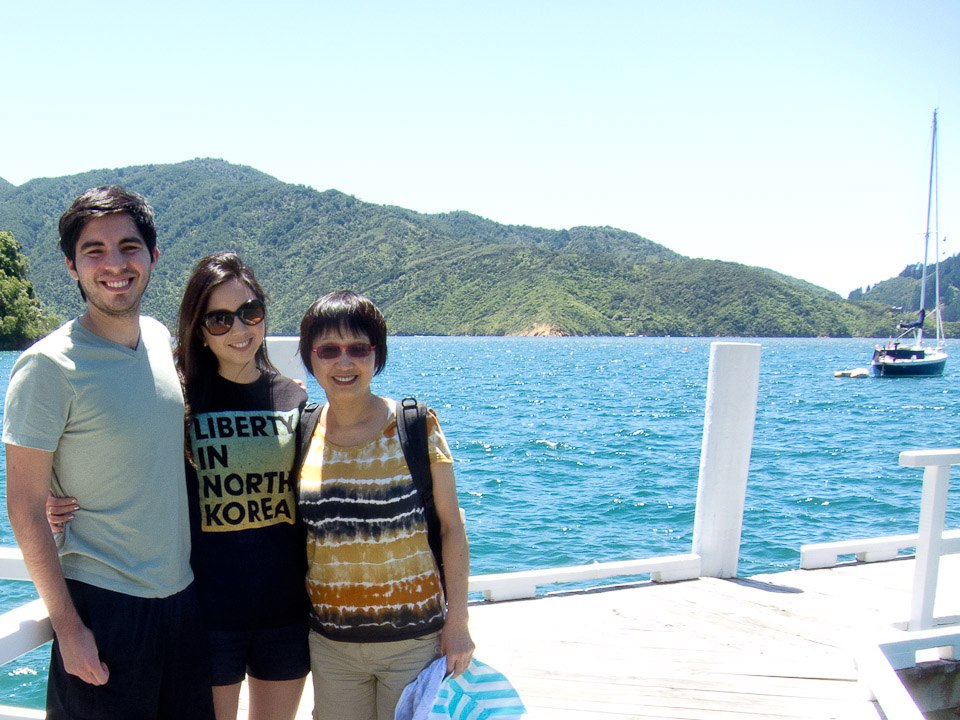 The thing I loved about New Zealand was that it has so much to offer, truly. It’s not a one-hit-wonder kind of destination that you then try to find ways to make interesting once you’ve seen the one thing that everyone wants to see there.

Quite the contrary– New Zealand has everything. We probably could have spent months there without a minute of boredom, but then again, I’m a proponent of slow travel.

So, if you’re ready to go on an epic trip, then I urge you to consider New Zealand. Marlborough Sounds is one of many stops you’ll want to make, and if you can make it to that corner of the world, don’t miss it!