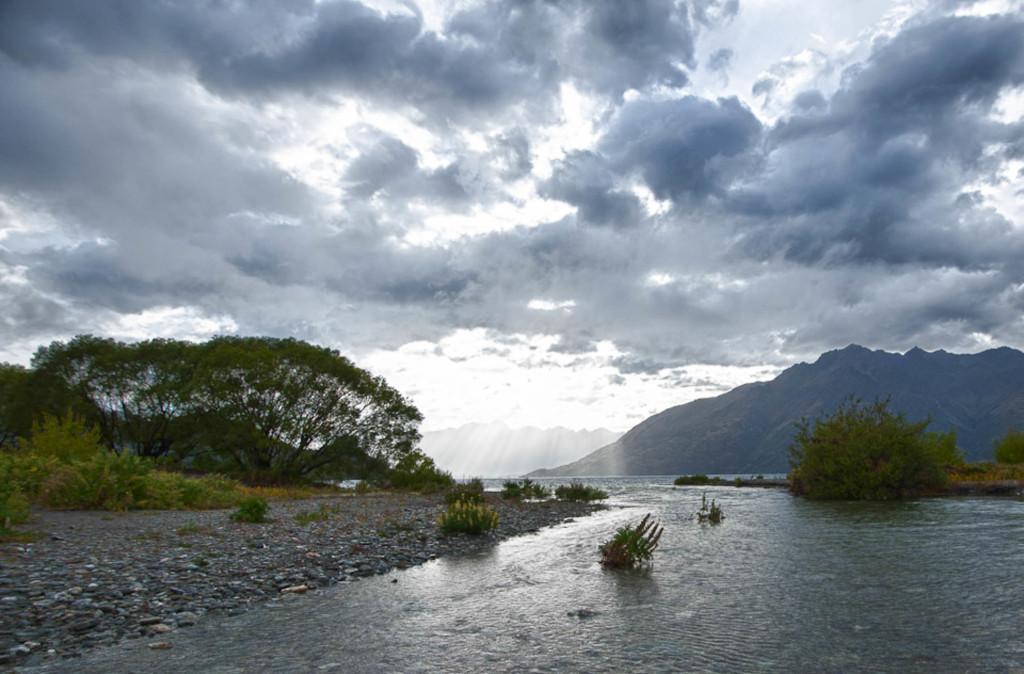 The first time I ever wished I were a backpacker was when I went to Queenstown, New Zealand. I realized something then that I had never realized before: that when you carry your stuff on your back, you’re able to see things that other people just don’t get to see.

Still, without the backpack (and trekking poles and sleeping on a rock), the southern tip of South Island was nothing short of glorious.

Waterfalls that laced the rocks on their way down to seawater. Rugged peaks that became the famous backdrop for all of Gandalf’s rides. A strangely lapis lagoon that shimmered despite the rainstorm.

Let me back up for a moment. 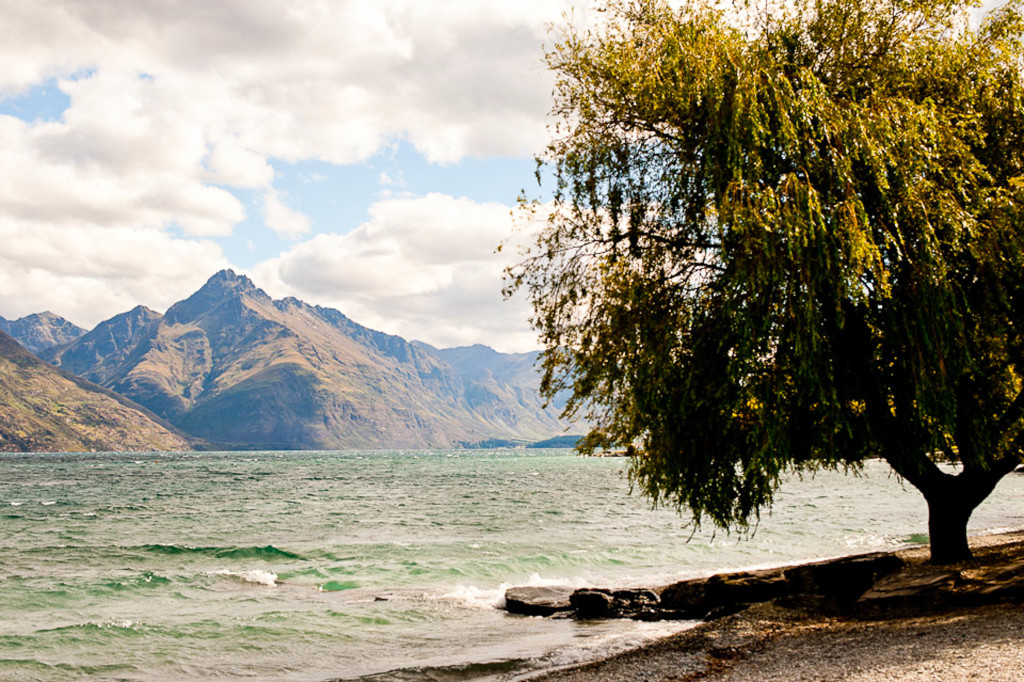 After our magnificent, sunny stay in Marlborough Sounds— where we boated with dolphins and spotted the New Zealand Giant Pigeon, among other things– we boarded a flight to Queenstown.

It was forecasted to rain– hard– for the duration of our stay, and despite the fact that locals tried to convince us that rainy New Zealand was beautiful, we were miffed.

Yet as it turned out, the rain was the best thing. Something about the gloomy weather shed a pleasantly moody light on the entire place. 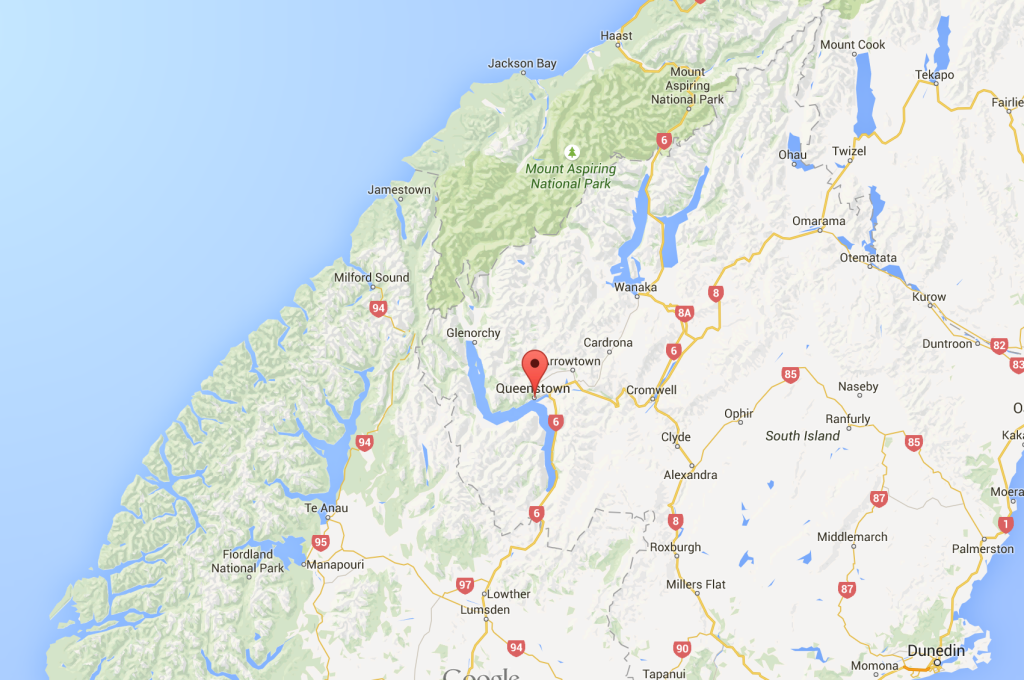 They say that Milford Sound is best in the rain. Rocky surfaces were moist and shiny. The sky was indiscreet and mysterious. The water was an aggressive green. The trickling waterfalls gained strength as mist turned to solid drops. And as we explored the chasm of mountains that rose out of the sea, we knew: there’s nothing else quite like this on Earth. It was one of its kind.

Queenstown itself is known for adventure sports, but due to the weather even our horseback ride was canceled. So instead, we boarded a 4-wheel-drive tour with a local guide. And as it turned out, he took us to some of the most lovely mountain views I’ve ever seen, in Glenorchy. The chilly weather was a blessing in disguise; no one else seemed to be venturing out that day, so we had the mountains, horses and woods all to ourselves. 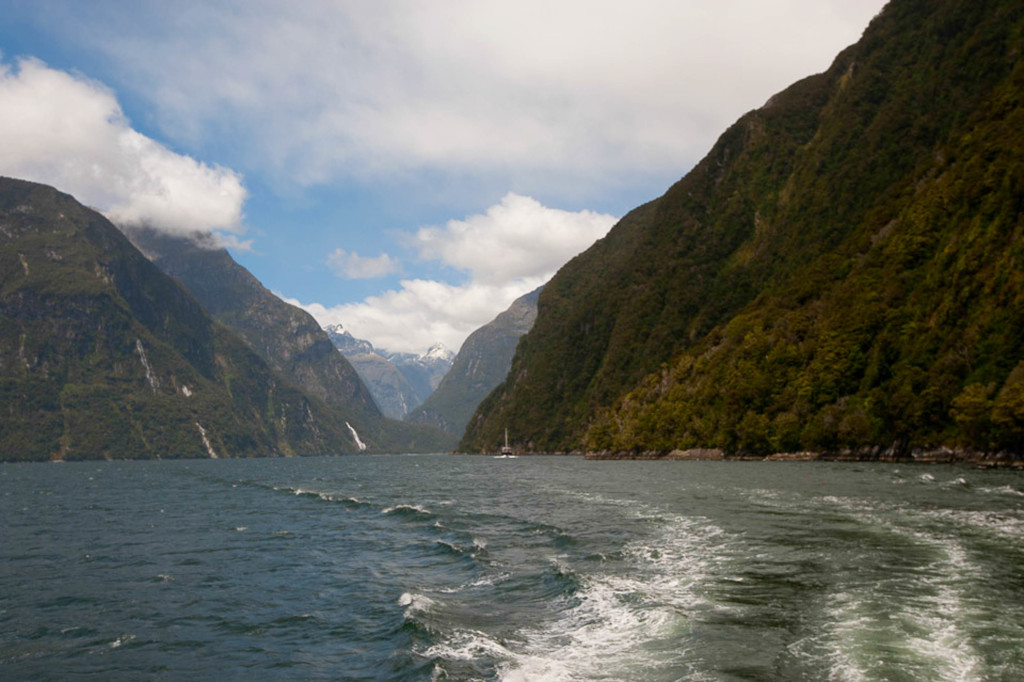 There are multiple flights to Queenstown from within New Zealand. A note to the easily-airsick: take your pills, drink that vodka, do whatever it takes. The landing is one of the roughest I’ve experienced.

Once in Queenstown, it’s pretty easy to navigate on your own. There are too many tour and adventure companies just waiting to wow you with New Zealand’s natural beauty, and lots of hotels too.

I’m pretty sure that Queenstown is one of the safest, friendliest places to visit. And unlike Marlborough sounds, there is a wide range of available accommodations. The hotel we stayed at was neither wonderful nor terrible– basically not worth mentioning. And really, this is Queenstown; the last thing you should be doing is hanging out at the hotel!

Milford Sound is one of the major reasons people end up in Queenstown, so it’s not to be missed. An all-day journey will have you boarded on a bus in the early morning and onto a cruise of the Sound within several hours. The cruise itself is 2 hours of bliss; despite the difficulty of photographing anything from a ship, you’ll be tempted to do so anyway.

We selected the tour with Real Journeys and it was definitely a good choice. The buses had huge, clear windows so we could enjoy the scenery all along the way from Queenstown the Milford Sound. 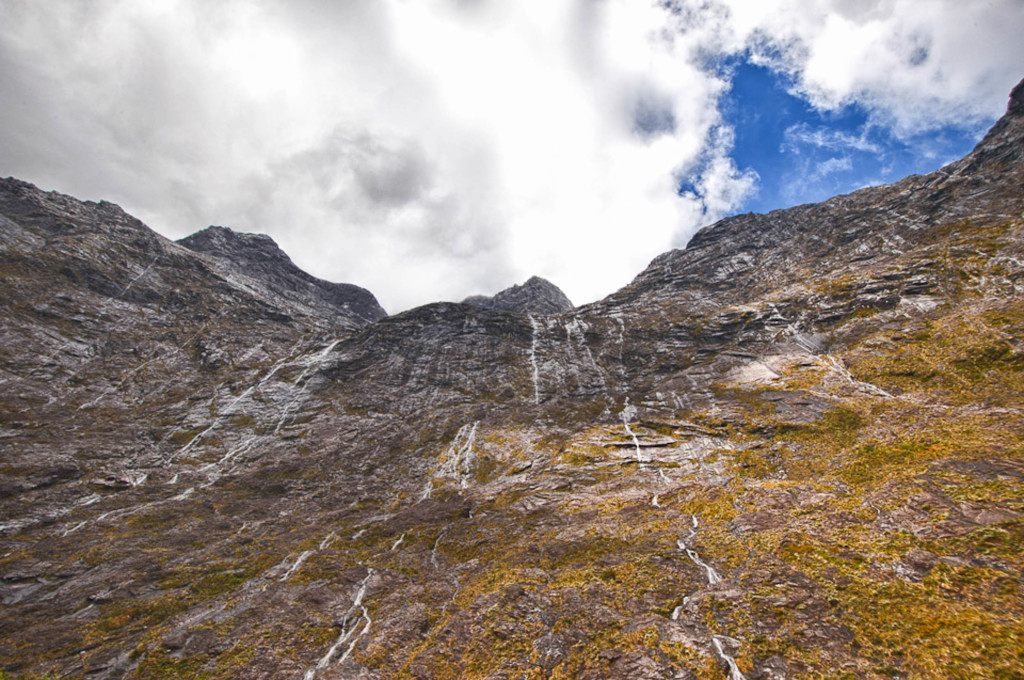 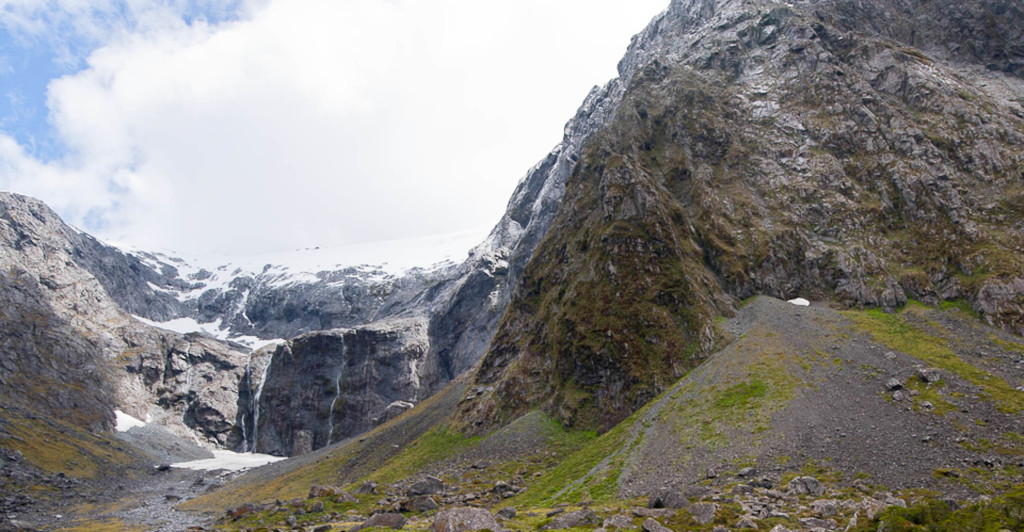 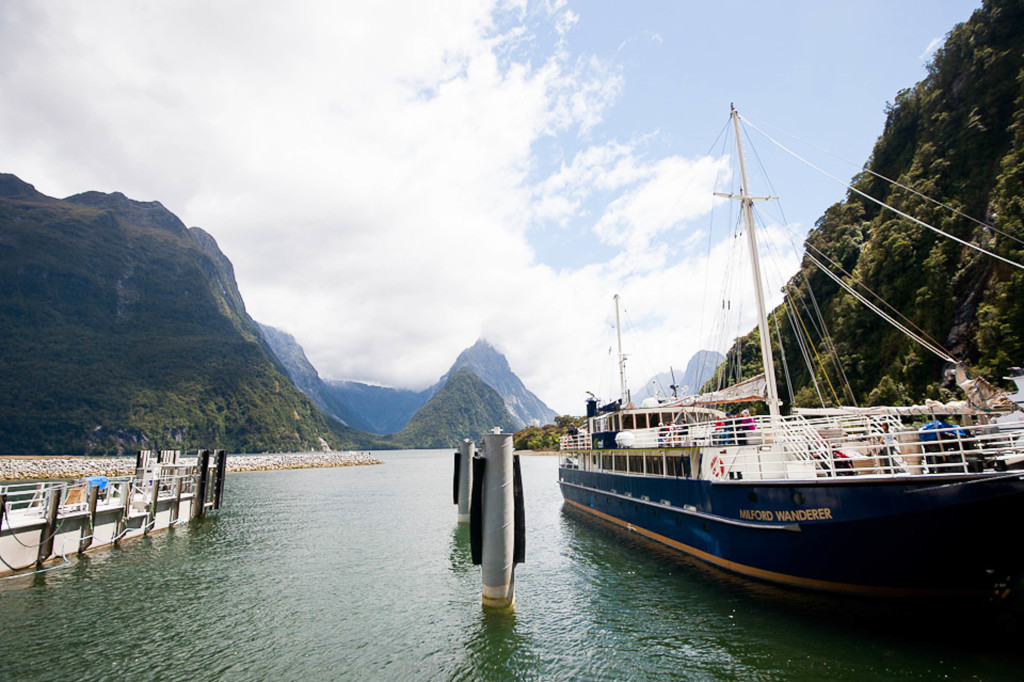 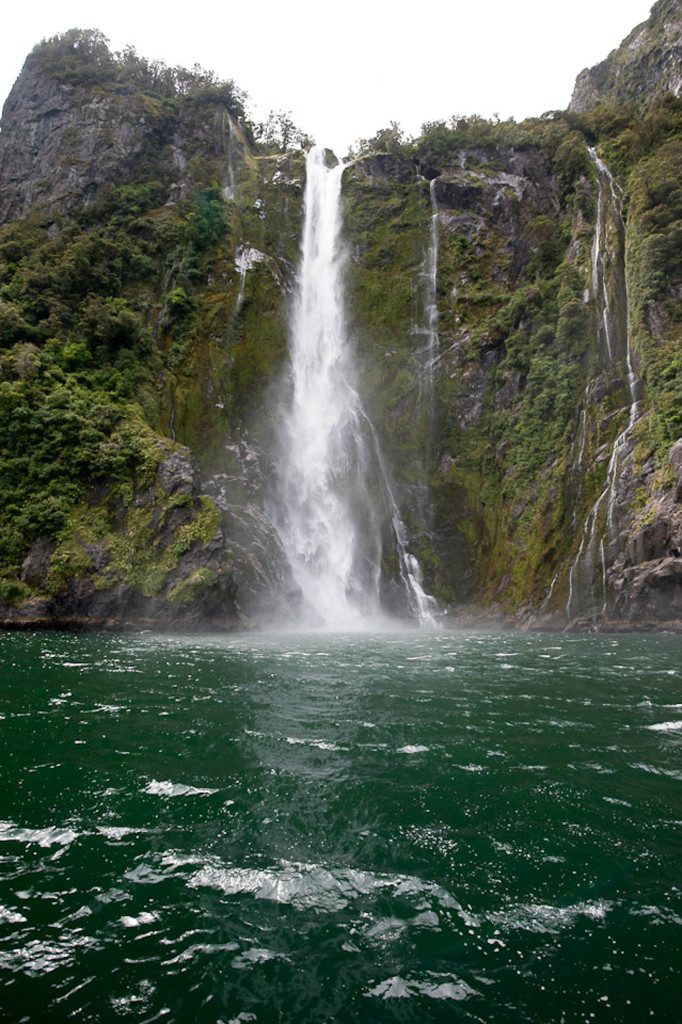 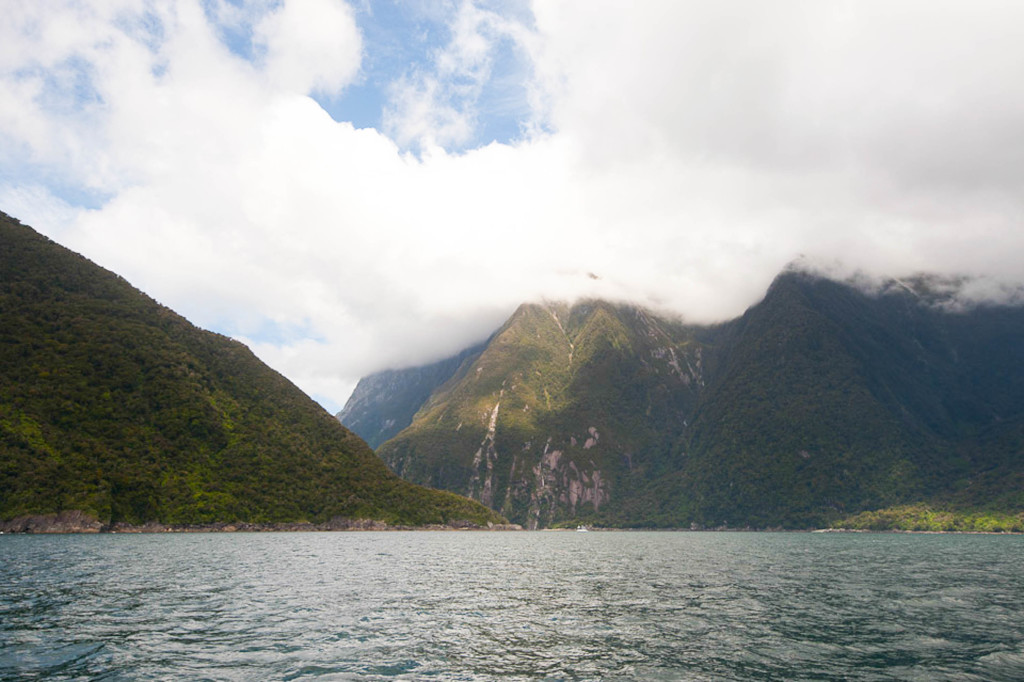 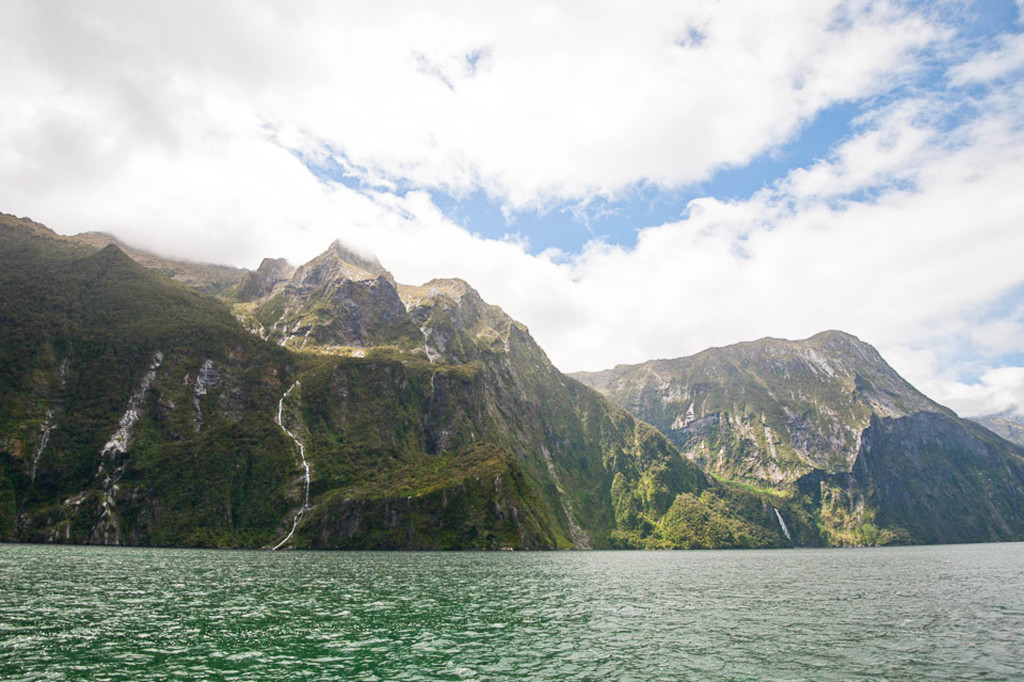 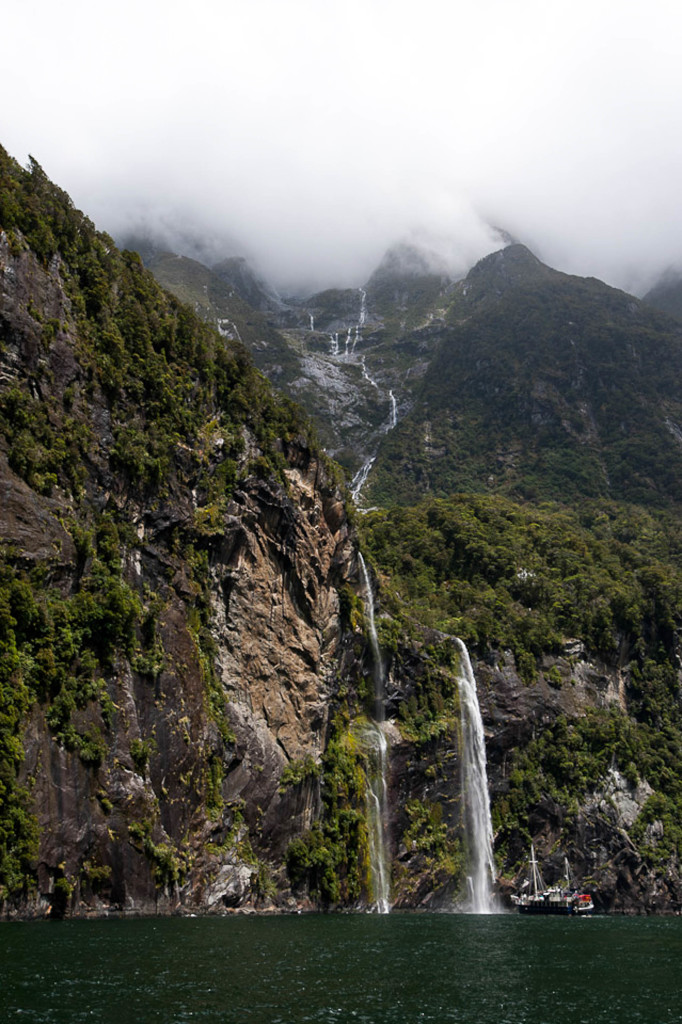 If you get a chance to stay another day in Queenstown, Glenorchy is a great place to explore. From the dazzling blue of the Lake Wakatipu to the adorable horses that love to say hello, we were blown away by the natural beauty of this old, rural town.

A note to LOTR fanatics: Glenorchy is the film site for a lot of the forest scenes in the three films, so there’s another reason to visit. While LOTR has managed to grow on me through the years, I myself don’t think this region needed a blockbuster to highlight its already stunning features. 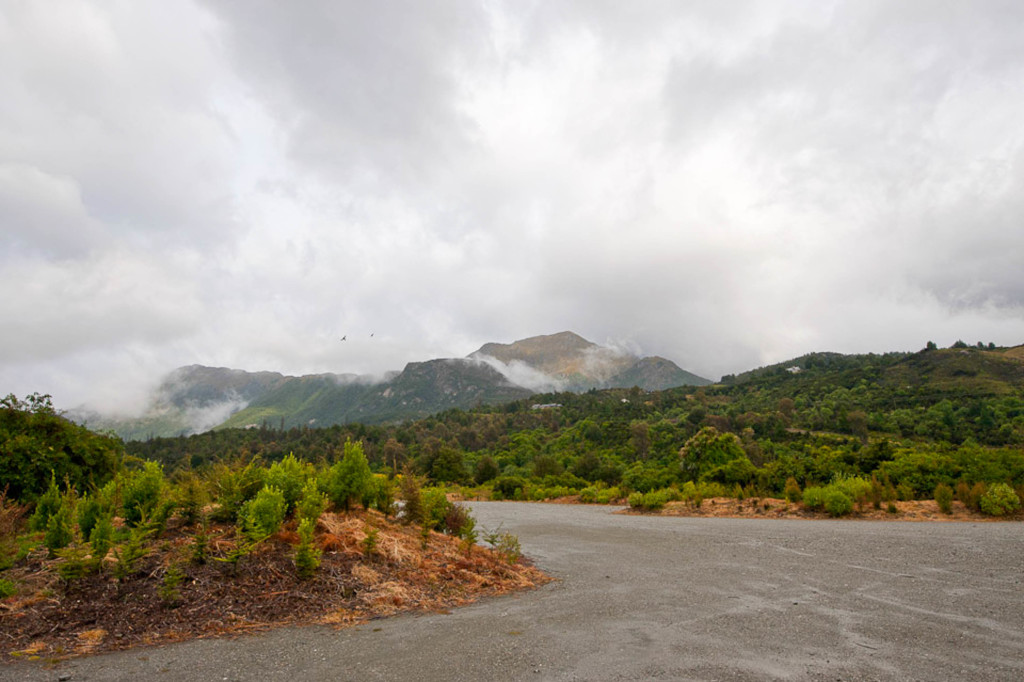 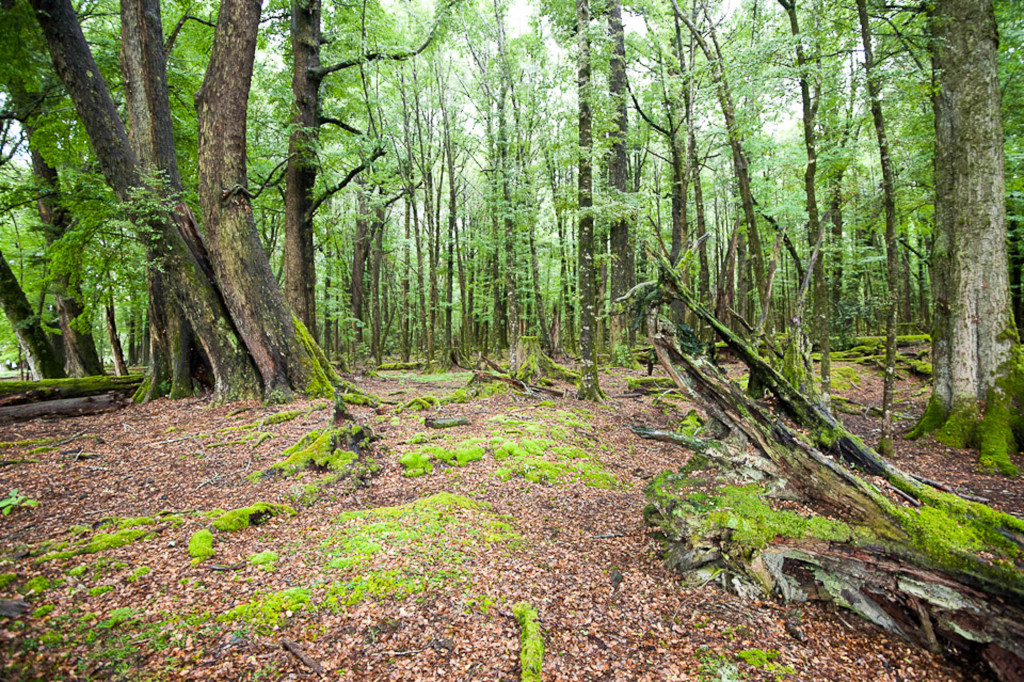 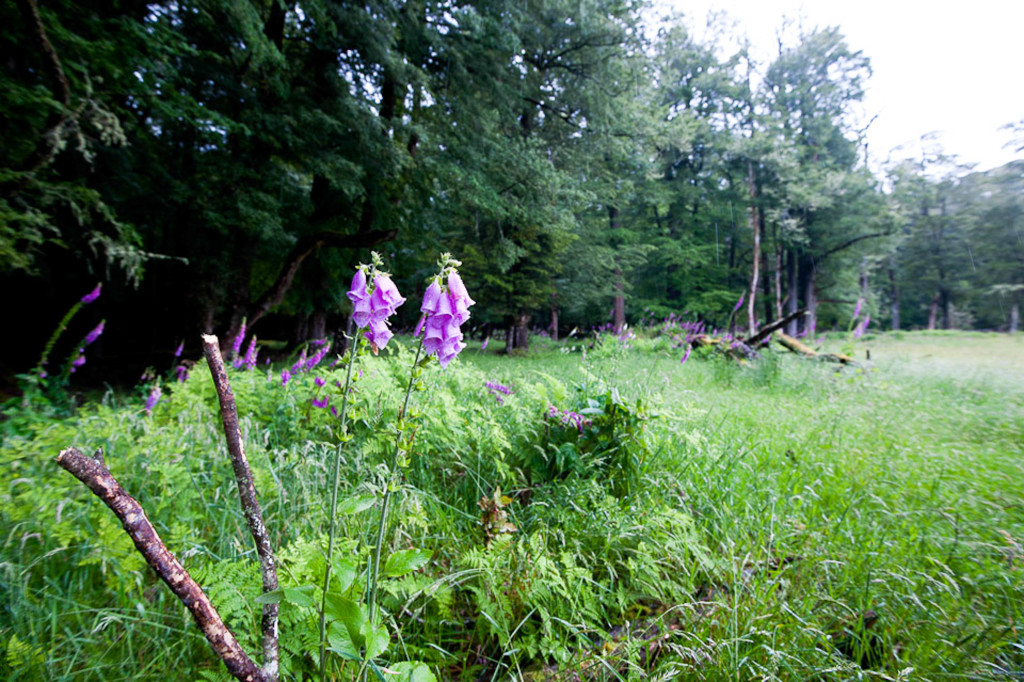 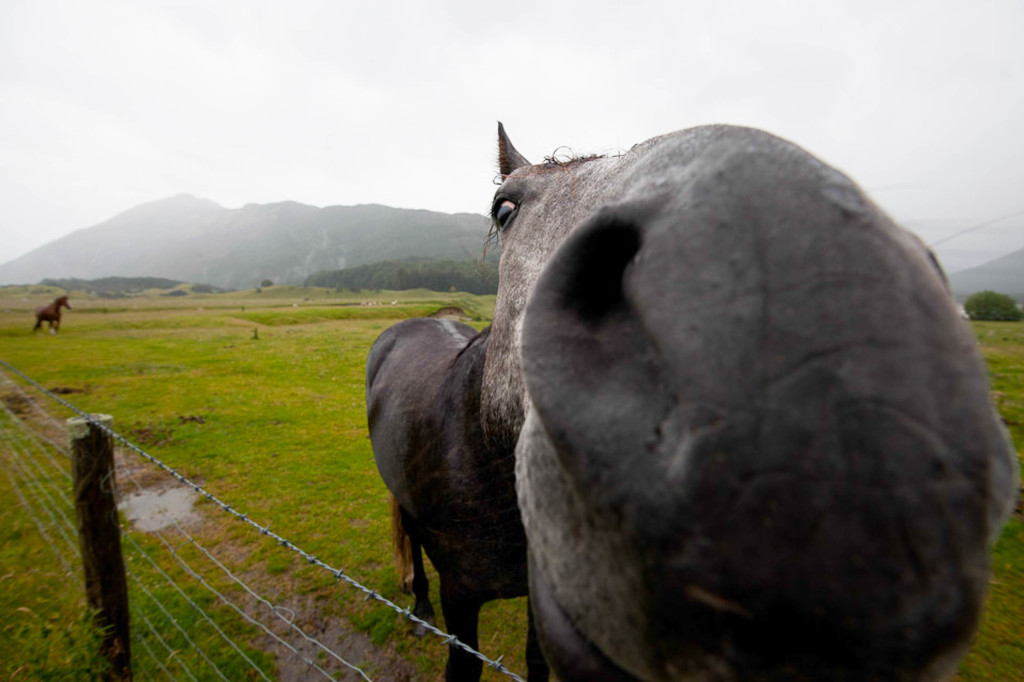 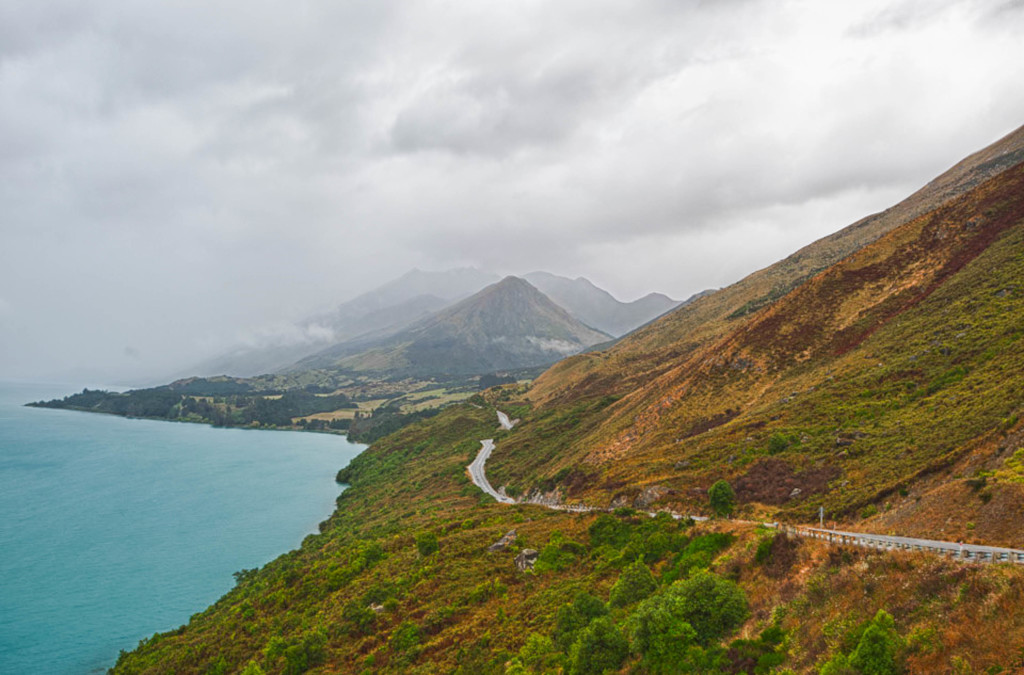 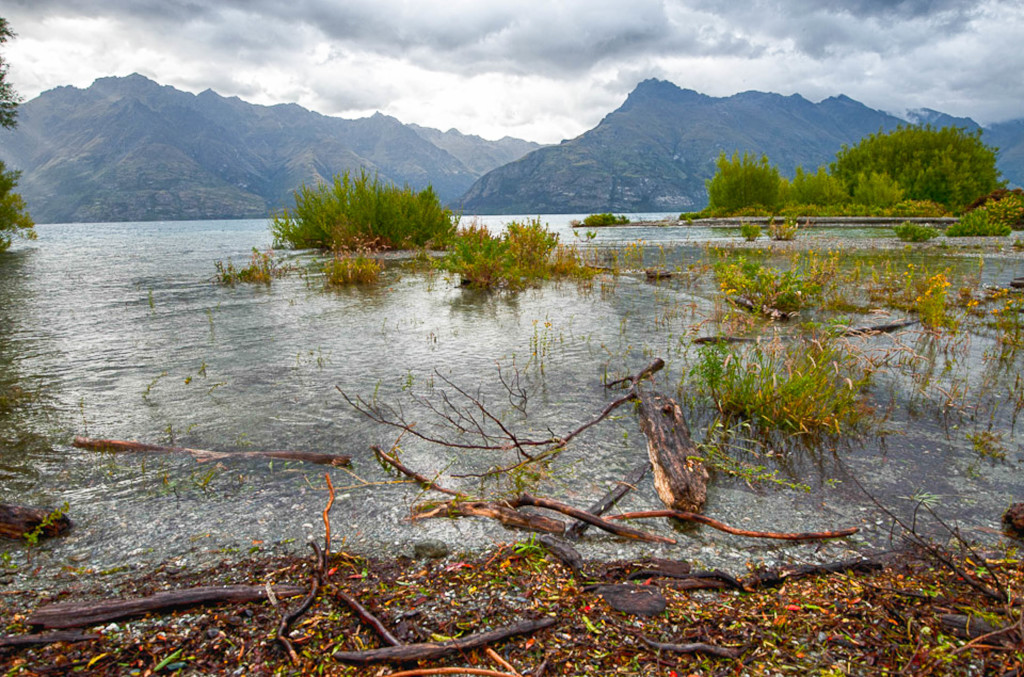 I think Queenstown and Milford Sound are one of New Zealand’s major attractions, so absolutely yes! It’s much more popular than Marlborough Sounds as well, so you’ll be running into tourists from all over the world!

There’s also a culture to Queenstown that can feel a bit tacky if you’re used to high culture and good food while you travel. But fear not; eat at the Botswana Butchery and you won’t ever look back.

And now, two years later, I still haven’t purchased a backpack, I haven’t gone trekking, and I’m still a bit scared to sleep on a rock. Backpacking may not ever be in my future, but it says a lot that New Zealand made me seriously consider it. I hope you consider New Zealand!